An overall economic impact of $52 million reflects an ROI of 23:1 from funds collected through a special hotel assessment approved to market the destination to travelers and meeting professionals. 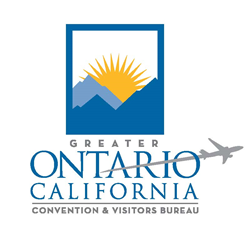 Greater Ontario exceeded its goals for tourism, meetings and conventions in 2013-14 by as much as 19 percent. It generated more leads, more room nights and a higher economic impact than initially projected.

The Greater Ontario Convention & Visitors Bureau today released its annual report for the 2013-14 fiscal year, showcasing a year that exceeded goals for travel and tourism, meetings and conventions, and events by as much as 19 percent.

All total, the accomplishments of 2013-14 represent an economic impact of $52 million to the region – money spent by visitors to the area on local hotels, restaurants, entertainment venues and other businesses. Roughly $2.16 million was collected in 2013-14 through the Tourism Marketing District, which generates funds to promote the cities of Ontario and Rancho Cucamonga through a 2 percent assessment on hotel stays.

The overall return on investment from those TMD funds is a 23:1, or $23 gained from every dollar spent.

“This is a lot to accomplish in the short time we’ve had to do it,” said Michael Krouse, President and CEO of the Greater Ontario Convention & Visitors Bureau, who came to the region just two years ago.

Greater Ontario exceeded its goals for tourism, meetings and conventions in 2013-14 by as much as 19 percent. It generated more leads, more room nights and a higher economic impact than initially projected.

Greater Ontario’s first Route 66 Cruisin’ Reunion, launched shortly after the TMD was approved, brought 140,000 visitors last year and is expected to draw more than 200,000 this month. Huck Finn Jubilee broke attendance records in 2014 and put the region on the map of the nation’s great music festivals. Under Krouse’s leadership, the CVB also launched the very first Inland Empire Restaurant Week in March, with another planned for October, and it is pursuing plans to significantly expand the annual Christmas on Euclid Experience beginning this December.

Roughly $21.5 million in economic impact was generated from the region’s special events, and that number is expected to climb in 2014-15.

Greater Ontario also won a competitive bid from the State of California to design, own and operate a new California Welcome Center (CWC) located at Ontario Mills and the only one in the Inland Empire. The CWC, expected to open this fall, not only elevates the Greater Ontario’s stature as a major Southern California destination, but establishes the region as a resource and conduit to providing valuable tourism information for the entire state.

To view a copy of the report, visit http://www.discoverontariocalifornia.org/annual-report-2013-2014.