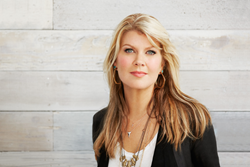 There is astonishing beauty in a life restored and, with your help, we want to give that gift to many, many victims here at home and around the world ~ Natalie Grant

“Eight years ago I founded Abolition International to be a force for good. It’s been an amazing journey; we’ve seen the restoration of women rescued from trafficking in the US and beyond, but we are battling a significant evil.

That’s why I am so delighted that we’re joining together and radically expanding our ability to fight trafficking and to change lives. There is astonishing beauty in a life restored and, with your help, we want to give that gift to many, many victims here at home and around the world,” said Natalie.

Hope for Justice CEO Ben Cooley says,“Human trafficking is not someone else’s problem; it’s happening in our communities, in our neighborhoods as well as across the world. The devastating disregard of traffickers for the lives of their victims is a tragedy and we cannot delay in acting to end it.

Each of these organizations has achieved great individual success. By integrating the strengths of all three, our ability to be a force for good has grown exponentially. With expanded resources and a broader range of expert staff and pioneering programs, we will reach more people and restore more lives.”

Human trafficking and modern slavery shatters the lives of men, women and children around the world. Whether it’s for the purposes of sexual exploitation, forced labor or domestic servitude, Hope for Justice is committed to helping victims find their freedom and eventually, restoration.

One of the victims already helped by Hope for Justice in the UK is Emma*; Emma spent five years being trafficked throughout Europe’s sex industry. She was forced to work in brothels where men had three to five minutes of her time. She was someone’s daughter, abused for profit. After months of investigation, she was identified and rescued by the Hope for Justice team; she was just 19 years old. (*Name and some details changed to protect identity.)

•••
Hope for Justice, a non-profit organization, identifies and rescues victims, advocates on behalf of survivors, provides restorative care to rebuild individual futures, and trains frontline professionals to tackle slavery. From five offices on three continents we operate a multi-disciplinary model based on 20 years of combined experience. Learn more and be part of the solution at HopeforJustice.org
###

BACKGROUND FACTS:
•Founded by artist Natalie Grant, Abolition International developed under the leadership of Stacia Freeman to help launch, expand and improve aftercare programs in India, Moldova, Cambodia and the United States. It has created model programs, standards of care, and educational programs for healthcare professionals as well as resources for shelters.

•Hope for Justice was co-founded by Ben Cooley and the agency has worked to uncover and abolish the hidden crime of modern day slavery. Its special operations team identifies victims and removes them from exploitation, pursues perpetrator accountability, and supports survivors.

"IN PLAIN SIGHT" produced and narrated by Natalie Grant:
To promote awareness of the often hidden but very real problem of sex trafficking in the United States, Natalie Grant will be hosting a premiere of the film “IN PLAIN SIGHT” at the Franklin Theater on Thursday, September 18, at 7 p.m. in Franklin (TN) to benefit Hope for Justice. The film premiere is sponsored by Nashville’s Cross Point Church and will be followed by a professional panel discussion about sex trafficking in Tennessee led by film Producer David Trotter and Executive Producer Natalie Grant. Tickets can be purchased online HERE. Watch the PREVIEW.