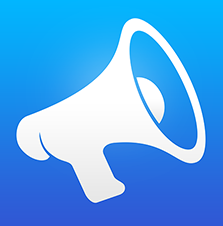 The company’s key feature is customization -- the ability to not only post on all social media networks but to customize the post per network quickly and easily.

Social media publishing platform, Everypost has raised $850K from Miami-based Krillion Ventures, NXTP Labs from Buenos Aires and Handmade Ventures from San Francisco, as well as notable angel investors in Miami, Silicon Valley, Argentina, and Brazil. This Miami-based startup, which has an average user growth of 10% per week, has positioned itself as a leading contender against competitors, Hootsuite and Buffer. The company’s key feature is customization -- the ability to not only post on all social media networks but to customize the post per network quickly and easily.

“We have active and enthusiastic users who are contributing to our success by sharing their suggestions and even translating parts of the app so that we can offer it in more languages,” said Fernando Cuscuela, Co-founder & CEO of Everypost. “Our international collection of investors is also providing invaluable support and guidance." In addition to customization, the application also focuses on helping users post quality content, giving photo filters, trending hashtags, and allowing them to search and curate content from different sources right on the platform.

Everypost’s investors and advisors include thought leaders in social marketing such as Alexandre Hohagen (VP of Facebook for Latin America), Stefano Zunino (Head of Digital Worldwide for JWT), and Carlos Garcia (CEO of Nobox). “Everypost’s mobile-first business approach was a smart move, allowing them to offer a tool that competitors just aren't ready to compete with,” says Mark Kingdon, early investor in Twitter, Fab.com and now Everypost.

Everypost will launch their web version of the social media publishing tool in October; for early access and discounts on plans, go to http://www.everypost.com.

About Everypost
Everypost is the easiest and most convenient social media publishing tool for social networkers, professionals, bloggers, and small to medium sized businesses. Founded in 2012, the Miami-based startup helps users automate their use of social media and amplify their reach to more channels and audiences. For more information, please visit http://www.everypost.me.