New genetic links to prostate cancer can identify men at higher risk and may lead to targeted screening, according to researchers at CPIC and colleagues. 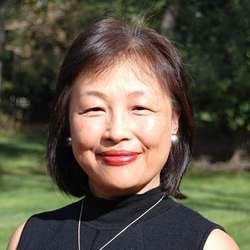 A major international study has identified 23 new genetic variants that are associated with an increased risk of developing prostate cancer, according to researchers at the Cancer Prevention Institute of California (CPIC) and their colleagues. With this new study, there are now 100 genetic variants linked to prostate cancer, the most commonly diagnosed cancer in men in the U.S.

To identify genetic susceptibility, the researchers analyzed 43,303 prostate cancer cases and 43,737 controls from various studies of European, African, Japanese and Latino population groups. From this combined population, the team located 16 new genetic markers associated with prostate cancer risk among the European men, including one variant that is associated with risk of early-onset disease. They also found seven new genetic markers in men from all of the groups -- African, Japanese, Latino and European.

“Our scientific team contributed to this important collaborative effort through our large-scale prostate studies across multiracial groups, including Hispanics, African Americans and Africans,” said Ann Hsing, Ph.D., chief scientific officer at CPIC and one of the study’s authors.

By sharing DNA samples and data from these minority groups, Dr. Hsing, along with CPIC scientists and co-authors Esther John, Ph.D. and Lisa Chu, Ph.D., helped facilitate the international consortium, involving nearly 90,000 subjects, that led to identification of the new genetic variants.

One-third of the inherited origins of prostate cancer in European men can now be explained, the researchers noted. The study was published recently in the journal Nature Genetics. The work was funded equally by the U.S. National Institutes of Health, Cancer Research UK, Prostate Cancer UK and the European Union.

CPIC actively participates in large-scale consortium studies and partners with researchers in the U.S., Canada, Africa and China to further evaluate the role of genetics in prostate cancer, Dr. Hsing noted.