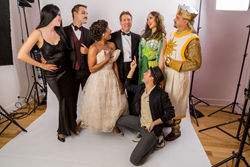 Jersey Boys is a show that is recognized as the pinnacle of musical theatre excellence by our school, community and professional theatre customers around the world.

Theatrical Rights Worldwide (TRW) President and CEO Steve Spiegel announced today the acquisition of exclusive representation for stage performance rights to Broadway’s Tony Award-winning Best Musical, Jersey Boys. “I’m happy to announce the signing of a long-term agreement for the Stock and Amateur rights to Jersey Boys. I’m proud to be the home of this truly great Broadway show,” Spiegel said yesterday afternoon, shortly after closing the deal, from his office in TRW’s Times Square headquarters.

“Jersey Boys adds to our roster of Broadway titles at a very exciting time for TRW. It’s a show recognized as the pinnacle of musical theatre excellence by our school, community and professional theatre customers around the world,” Spiegel said. “It’s a once in a generation show, a brilliant musical to bolster our continuing growth and expansion.”