Research by PsychTests.com indicates that people with high self-esteem can and will fail – the only difference when compared to people with low self-esteem is that the former own their failures and are willing to learn from them. 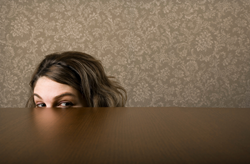 Don’t hide from failure! Own it and use it as motivation.

Absolutely everyone, no matter how perfect they may seem, messes up from time to time. It's like learning to walk as children. If we don't stumble, we won't learn how to get up and keep our balance.

Abraham Lincoln’s initial venture into politics failed. Michael Jordan was cut from his high school basketball team, and Walt Disney was fired from his newspaper job for being uncreative. Had these people allowed failure to hold them back or to dictate how they felt about themselves, they would have remained unknown and uncelebrated. Failure is not something to be feared. In fact, a recent study conducted by researchers from PsychTests using their Self-esteem Test reveals that people with high self-esteem don’t fear failure – they own it, and “milk it” for information.

Analyzing the results of 3,660 people, data from PsychTests’ study reveal that people with high self-esteem and those with low self-esteem have very contrasting views of mistakes and failure. For instance:

For people with low self-esteem…

“People with high self-esteem see failure as just another stepping stone on the path to success and mistakes as just another lesson learned,” explains Dr. Ilona Jerabek, president of PsychTests. “They don’t allow these missteps to dictate how they feel about themselves because they know that there is always the opportunity to do better next time, to try a different approach, to ask someone for guidance, or to obtain more knowledge and training. People with low self-esteem, on the other hand, internalize their failures. They are unable to separate the failure from their identity and, as a result, allow it to define who they are: ‘I failed at this; therefore, I am a failure.’ Our mistakes do not devalue us – they push us to raise ourselves to a higher level.”

“Absolutely everyone, no matter how perfect they may seem, messes up from time to time. It's like learning to walk as children. If we don't stumble, we won't learn how to get up and keep our balance,” concludes Dr. Jerabek.

Want to assess your self-esteem? Go to http://testyourself.psychtests.com/testid/3102