The World's First Global Library Goes Live Today, Providing Valuable, Uncensored Information, In Any Language or Format, With Universal Access for All of Humanity

Blueprints to build a civilization—the works of William Shakespeare in nine languages—scholarly articles from leading universities. This is a fraction of what can be downloaded from space for free via Outernet 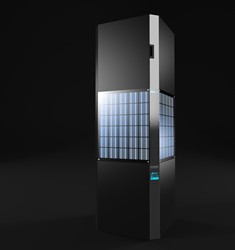 In 2012, just 35.5% of humanity had access to the Internet, which could be considered the largest library of information ever constructed. Imagine if all of humanity could access that information? What could our species accomplish if every person were a full contributor to the collective marketplace of ideas? A world where billions of people can now participate in a global communication and collaboration platform. Outernet is creating that world.

On August 11, 2014, Outernet turned on a signal broadcasting 200 MB per day to North America, Europe, and parts of the Middle East and North Africa. These initial, alpha-stage regions were decided by a vote where over 32,000 people participated. The signal was a test to prove the satellite broadcast delivery method and the functionality of DIY receivers. The test was successful. Users can build their own receivers to access Outernet’s data stream.

Today, Outernet is launching in full beta. This launch includes the following:

Users can look forward to the following updates coming in the month of October:

About Outernet (http://www.outernet.is):
Outernet is Humanity’s Public Library, founded in February 2014. Outernet broadcasts the most important content from the web from satellites for free. Users can access the Outernet signal using a homemade receiver built from widely available components, instructions for which are available on the Outernet website. Outernet is the most significant step towards universal information access regardless of wealth, geography, or political environment.

As we have witnessed in recent years, the open source model has proven to be extremely effective in the advancement of new ideas and concepts. The open source model allows anyone and everyone to contribute to the improvement of a concept, directing more brainpower to accelerate innovation on any specific challenge. Outernet simply facilitates open source on a global scale.