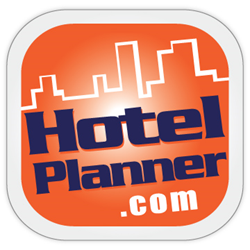 Mr. Rosenberg has gained extensive operational experience working at HotelPlanner and Meetings.com over the last several years in an executive role. This role is a perfect fit for his leadership skills

HotelPlanner and Meetings.com growth and global expansion program has created the need for the company to create a Chief Operating Officer position. The companies are pleased to announce that Bruce Rosenberg will assume this newly created role effective immediately. Mr. Rosenberg has been working with the founders of HotelPlanner and Meetings.com, Tim Hentschel, CEO and John Prince, CIO since the formation of the companies. Initially Mr. Rosenberg served in an advisory capacity, and in 2011, he joined the company as Executive Vice President.

“This promotion for Bruce will allow us to continue to capitalize on our position as the world’s largest seller of group travel online on a global basis,” said Tim Hentschel, CEO. “Mr. Rosenberg has gained extensive operational experience working at HotelPlanner and Meetings.com over the last several years in an executive role. This role is a perfect fit for his leadership skills.”

Mr. Rosenberg acquired executive level experience in the hotel industry working with Hilton Hotels & Resorts and Marriott. He has gained operational and executive experience working at Hotels.com/Expedia, Pleasant Holidays and AmaWaterways. Mr. Rosenberg will spend his time at the company’s headquarters in West Palm Beach, FL, its offices in Las Vegas, NV, London, UK and will spearhead the company’s expansion in Asia.

HotelPlanner.com and Meetings.com provide online services to clients who need to source hotels and receive the best values in the marketplace. The company’s service ensures the lowest rates by allowing customers to receive quotes directly online from hotel group sales managers. Founded in 2002 and based in West Palm Beach, Fl., HotelPlanner.com allows customers to book hotels for business meetings, conferences, conventions, family reunions, weddings, extended stays, tours, military reunions, church events and group travel. The company opened its European headquarters in London in 2012 and its Las Vegas western regional office in January. The company plans to also open an office in Hong Kong in the fourth quarter of 2014.

For information, please contact Bruce Rosenberg at (818) 661-0244 or at Bruce.Rosenberg(at)hotelplanner(dot)com.