Steven Winter Associates, Inc. is pleased to announce that Energy Consultant, Heather Nolen has been selected to receive a travel scholarship from the Northeast Sustainable Energy Association (NESEA) through the Kate Goldstein Fund for Emerging Professionals. 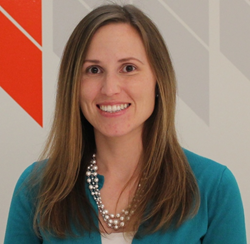 Steven Winter Associates, Inc. (SWA) is pleased to announce that Energy Consultant, Heather Nolen has been selected to receive a travel scholarship from the Northeast Sustainable Energy Association (NESEA) through the Kate Goldstein Fund for Emerging Professionals. Heather will join four other NESEA members on this travel opportunity to Sweden and Denmark.

The Kate Goldstein Memorial Fund for Emerging Professionals was founded after Kate Goldstein’s untimely passing this past summer in India, where she was participating in a weeklong workshop on energy and development organized by the MIT-affiliated Dalai Lama Center for Ethics and Transformative Values and the Masdar Institute of Science and Technology in Abu Dhabi. Kate was also a member of the NESEA, where she and Heather met through their mutual involvement. NESEA established this fund to reward an emerging professional who shares Kate’s passion, her commitment to excellence, and her desire to create a better world.

Heather is currently in her third year of graduate school where she is pursuing an MBA focused on sustainability and environmental compliance, while also working full-time in her role with SWA. Out of twenty-two submitted, Heather’s application was selected after being reviewed by the advisory committee, comprised of mentors, family, and/or colleagues of Kate’s. Her accomplishments and work ethic as a young professional have made her well-known and respected within NESEA and the wider industry. Heather has served multiple times as a track chair and this year as a co-chair of the BuildingEnergy NYC 2014 conference.

“Kate was truly an exceptional person and an inspiration; I am grateful to partake in this event in her honor,” said Heather.

Over the past 15 years, NESEA has helped organize two trips that sent committed members to Europe. The tour, which will take place from October 19 - November 1, 2014, will include site visits to buildings that utilize exemplary sustainability methods, meetings with the respective design and construction teams, and tours of complete neighborhoods that have been planned and built according to high-performance standards. Heather is particularly interested in exploring the methods by which Copenhagen plans to reach its goal of being carbon neutral by 2025, relating strongly to the upcoming BuildingEnergy NYC and Mayor de Blasios’ recent announcement of New York City’s commitment to reducing greenhouse gas emissions by 80 percent over 2005 levels by 2050.