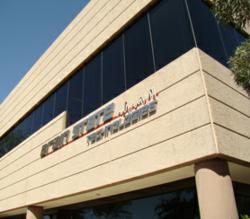 Both became more balanced at the left and right temporal lobes after using technology which assists the brain to relax so it can reset itself in greater balance.

Brain State Technologies LLC, located in Scottsdale, Arizona, is pleased to announce the publication of a scientific paper that proposes an advanced explanation of how traumatic stress can affect health and behavior. The paper suggests that many of the difficulties faced by individuals who have experienced stress or trauma may be related to different ways that the brain’s arousal system can get “stuck.” This fixed stuck state can be detected as an imbalance of electrical activity toward either the right or the left side of the brain.

The authors organized their findings under what they call a “bihemispheric autonomic model,” abbreviated as the BHAM, in a paper that was published August 1, 2014, online in Frontiers in Psychology (http://journal.frontiersin.org/Journal/10.3389/fpsyg.2014.00843/pdf).

The BHAM furthermore implies that there should be a role for interventions that can help the left and right sides of the brain to come into balance with one another. The paper includes illustrations of the use of noninvasive relaxation technology by a US military special operations officer with a traumatic brain injury and post-traumatic stress disorder, and a university student who was suffering from post-concussion symptoms. Both became more balanced at the left and right temporal lobes after using technology which assists the brain to relax so it can reset itself in greater balance. Both individuals reported improvements in sleep and recovery from traumatic stress symptoms.

The paper, co-authored with a team from the Department of Neurology at Wake Forest School of Medicine, cites numerous scientific studies that have shown that the two sides of the brain are responsible for different aspects of the arousal system. The right side of the brain tends to be associated with “fight or flight” responses that make energy available to engage a stress or escape it. In contrast, the left side of the brain tends to be associated with a “freeze” response if there have been prolonged stresses or if there is a sense that nothing can be done about a severe stress or trauma such as the death of a friend or loved one. In a “freeze” state the individual and their systems tend to shut down.

These different states may represent helpful adaptations in the short term, for any given stress, but a key need is to be able to shift the arousal system flexibly (and quickly) because needs are always changing. According to co-author Lee Gerdes, the team leader at Brain State Technologies, “if stress is severe or has been of a long duration, the brain is vulnerable to one of these arousal states becoming the individual’s ‘new normal.’” A person who is fixed in fight or flight, they report, may show dominant brain electrical activity on the right side of the brain in a region called the right temporal lobe, while a person fixed in a freeze state may show dominant activity in the left temporal lobe.

The authors further suggest that being fixed in this way can put an individual at risk to behave in ways that may be explained as the brain’s attempt to compensate or move itself out of its stuck state. For example, some people in a “fight-or-flight” state related to right temporal lobe dominance may be at risk for abusing alcohol or other substances, in an attempt to dampen their feeling of high arousal. Those in a freeze mode related to left temporal lobe dominance may be at risk to act out some behaviors of high arousal – including substance use or abuse, but also risky or anti-social behaviors – in an attempt to come out of their experience of emotional numbness.