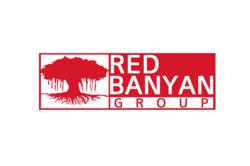 In the article, Nierman stressed the importance of honesty, decisiveness, and leadership in responding to crises. He asserted that the truth always comes out in the end, and that crisis communicators must portray themselves as confident and in control. Nierman critiqued appearances at Congressional hearings by General Motors CEO Mary Barra and U.S. Secret Service Director Julia Pierson. He praised Barra’s effort as “smooth and deftly executed,” but said that Pierson’s presentation lacked sufficient outrage, and failed to inspire confidence.

Nierman told The Business Journals that, as with any skill, practice and preparation is crucial for communicating in times of crisis. He also said that it is important to avoid pointing fingers at the press or deflecting responsibility. A second piece by Burns included a handful of tips from Red Banyan Group’s founder and other experts.

“Perception is everything in crisis communications,” said Nierman, whose company Red Banyan Group is a top PR agency. “Appearing honest, competent, and capable requires practice and hard work. When the stakes are high, executives must portray themselves as willing and able to acknowledge and correct problems.”

With decades of high-level communications experience, Nierman has helped guide clients from a diverse set of industries through high profile and high-stakes crises. He currently leads Red Banyan Group, a top public affairs agency with offices in Florida and Washington, D.C.