Mobile Corporation—an innovator of new online communities for the mobile workforce, announces Howard Dean will join its Advisory Board. 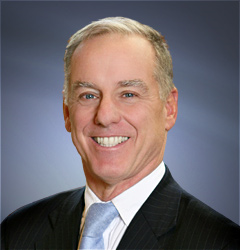 Dean will act as Global Advocate for Mobile Corporation, which is working to create jobs for the 21st Century workforce by connecting mobile industry, markets and its emerging technologies in an innovative way throughout the United States, Mexico, Latin American and Asia.

"It is our privilege to welcome Governor Howard Dean as Global Advocate for Mobile Corp. Governor Dean has a proven history of building strong coalitions in quickly growing, transformative environments. We share a collective, politically neutral view that both technology and society will be increasingly Mobile, well into the future." - Jeffrey Peterson, CEO and Chairman of the Board of Directors of Mobile Corporation

Howard Brush Dean III is an American former politician who served as the 79th Governor of Vermont from 1991 to 2003 and Chairman of the Democratic National Committee (DNC) from 2005 to 2009. Dean was a candidate for the Democratic nomination in the U.S. Presidential Election, 2004. He was the Lieutenant Governor of Vermont from 1987 to 1991, and a member of the Vermont House of Representatives from 1983 to 1986. In the 2004 election, Dean was the top fundraiser and front-runner, prior to the Iowa caucus, for the Democratic Party presidential nomination.

Dean pioneered Internet-based fundraising and grassroots organizing, which is centered on mass appeal to small donors which is more cost efficient than the more expensive contacting of fewer potential larger donors, and promotes active participatory democracy among the general public.

Dean earned his medical degree from the Albert Einstein College of Medicine in 1978. Dean formed the organization Democracy for America and later was elected chairman of the Democratic National Committee in February 2005. In the 2008 presidential election, Barack Obama used the 50 state strategy as the backbone of his candidacy.

Mobile Corporation is an innovator of new online communities for the mobile workforce. The Company’s strategy is to combine the mobile industry and markets and its emerging technologies in an innovative and creative way throughout the United States, Mexico, Latin America and Asia.