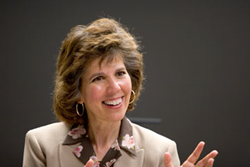 This study proves that there is a scalable, digital solution to increasing school readiness -Susan B. Neuman, Former U.S. Assistant Secretary of Education

When asked why these findings were significant, Dr. Neuman stated: “This study proves that there is a scalable, digital solution to increasing school readiness and preventing learning loss in young children. In just six weeks, with no intervention from teachers, students who used Learn with Homer on iPad for 15 minutes per day significantly improved the key skills most highly correlated with future reading success. That’s a pretty big deal.”

The blind, randomized study set out to determine whether Homer’s Learn to Read method delivered via iPad made a difference in advancing school readiness skills in young children, especially those skills most predictive of future reading success. The study was conducted among a group of 4 and 5 year olds in 7 classrooms at a Brooklyn preschool program over a 6-week period in the summer, a time when children often experience significant learning loss. Half of the group used the Learn with Homer app on iPad for 15 minutes a day without the assistance of teachers; the other half of the group used a math app for the same period and duration.

While delighted by the outcomes, Stephanie Dua, Learn with Homer’s Founder & CEO, was not surprised that Homer’s literacy method works. Dua, a former Senior Advisor to the Common Core Standards effort and member of Mayor Michael Bloomberg’s New York City Department of Education, says she created Learn with Homer “to bring the best possible early childhood teaching to the family living room. No parent should worry whether their child will be one of the 60% of children who can’t read by 4th grade. Our team had a vision that bringing together intuitive technology and research based instruction could make reading success possible for every family. Now we have proof that it really works.”