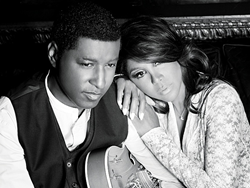 Each year the Spirit Award is presented to an individual who brings energy, tenacity, innovation, commitment, talent, and of course, spirit, to the theater scene. Toni’s mesmerizing performance in the Broadway musical “After Midnight” alongside Kenneth “Babyface” Edmonds, serves as a true testament to her talents.