Researchers at PsychTests.com advise managers to be wary of employees who express perfectionism as one of their strengths. 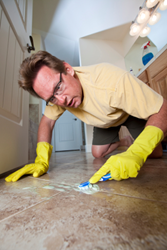 With their excessively high expectations, perfectionists will often make themselves, and those they work with, miserable.

Perfectionists get caught in a vicious cycle where they set impossible goals, fail to live up to their expectations, mentally beat themselves up, and then try again to do things perfectly.

There are certain traits that HR managers should consistently look for in a job candidate, like conscientiousness, accountability, and integrity, but researchers at PsychTests advise that perfectionism should not be one of them.

Most HR managers will roll their eyes when a job candidate dutifully states that their biggest weakness is their tendency toward perfectionism, but what about those who declare it as their strength? Researchers at PsychTests who analyzed the responses of 264 extreme perfectionists and 142 non-perfectionists indicate that perfectionism is more likely to be a liability than an advantage.

According to data they collected using their Perfectionism Test, 66% employees who are perfectionists are more likely to miss deadlines if they don’t think a project is good enough, and 31% have consulted a professional (therapist, doctor) to help them with a stress-related problem.

“What managers should be looking for, rather than perfectionism, is accountability,” explains Dr. Ilona Jerabek, president of PsychTests. “You want an employee who is willing to admit mistakes and weaknesses and wants to change, learn, and grow. Perfectionists take accountability to the extreme, and are unwilling to let go; they have trouble overcoming the fear of other people’s opinion, of making mistakes, and of failure. They’re caught in a vicious cycle where they set impossible goals and fail to live up to their expectations. They mentally beat themselves up, and then try again to do things perfectly. And it never works out.”

“The worst part is, perfectionists are not just hard on themselves – they are also likely to be hard on other people. This makes them a challenge to work with and a liability. They’ll struggle to get work done on time, will often require reassurance that they are performing up to par, they’ll have difficulty accepting criticism, and will often be unpleasant for others to work with because of their tendency to be pedantic. Managers will have their hands full with a perfectionist. It will be like handling a ticking time bomb: it won’t be long before their excessive meticulousness and perfectionism blows up in their face,” concludes Dr. Jerabek.

So how can people tame perfectionistic tendencies? Here’s what the experts at PsychTests recommend:

Want to assess your own propensity for perfectionism? Go to http://testyourself.psychtests.com/testid/3052

When it comes to job performance, perfectionism is more likely to be a liability than an asset.Perfectionists take accountability to the extreme; they have trouble letting go of the fear of other people’s opinion, of making mistakes, and of failure.