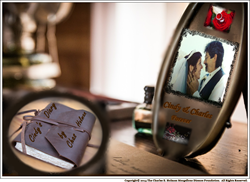 “Television shows come and get canceled, but our commitment to saving lives and ending suffering is solid and will stand the test of time,” said Cindy Casey-Holman, R.N.

The Charles E. Holman Morgellons Disease Foundation (The CEHMDF) received an avalanche of negative feedback concerning the show, "Criminal Minds" that aired Oct 22. A nonprofit organization committed to research, education & awareness and patient support in the battle against Morgellons Disease, the foundation is of the opinion the episode titled, "The Itch," perpetuated many mischaracterizations to Morgellons disease.

"The unrealistic portrayal of suffering people as disturbed, out-of control and criminal is something we take issue with", said Cindy Casey-Holman, RN, Director of the foundation. "In truth, there is no scientific evidence to back up such allegations and we believe it was done simply for dramatic effect," cont'd Casey. However, the foundation expressed concern that this caused unnecessary insult and distress to Morgellons patients’ worldwide. "We have to wonder if it were something more in the public eye such as Ebola or Aids, would the same editorial complacency have been used," commented, Gwen Simmons, RN, CEHMDF Nursing Advisory Board member. The CEHMDF wants to be certain that accurate and current scientific research on the subject of Morgellons is available to avoid confusion and set the record straight.

These facts about Morgellons Disease from the Holman foundation are based in hard science:

1. Morgellons is a physical disease. Morgellons Disease is a multi-system condition characterized by novel skin manifestations and insidious neurological and other systemic symptoms. The distinguishing characteristic of Morgellons Disease (MD) is the presence of microscopic subcutaneous fibers sometimes referred to as filaments within the skin.
Morgellonsdisease.org, (2014). Morgellons Disease Support | The CEHF. [online] Available at: Accessed 25 Oct. 2014.

2. Morgellons disease fibers are composed of keratin and collagen; both proteins made by the body and are not surface debris such as cotton or lint.    Lighted microscopy (60x minimum) enables the visualization of these unusual fibers, often colored red, blue, white or clear, embedded in open skin lesions as well as their presence beneath completely intact skin.
Stricker, R., Middelveen, M., Mayne, P. and Kahn, (2013). Characterization and evolution of dermal filaments from patients with Morgellons disease. Clinical, Cosmetic and Investigational Dermatology, [online] p.1. Available at: Accessed 25 Oct. 2014.

In contrast to the fictionalized TV episode, there is a true chronicle of a registered nurse who contracts Morgellons Disease in 2004. Written by her husband as it happened, Cindy's Diary tells the real-life details this woman faced each day while living with this mystery illness. Today, Cindy is the Director of the Charles E. Holman Morgellons Disease Foundation, which was established to research this emerging infectious disease.

The Holman Foundation relies solely on legitimate medical research to gain knowledge and understanding of Morgellons disease. Their ultimate goal is for improved medical management and a cure. “Television shows come and get canceled, but our commitment to saving lives and ending suffering is solid and will stand the test of time,” said Ms. Casey.