Taylor Swift tickets for her upcoming 2015 World Tour concerts at Foxborough, MA, East Rutherford, NJ, Dallas, Phoenix, Pittsburgh and Chicago venues sold out within hours. However; fans may buy tickets for all upcoming shows at Financial Firebird Corporation’s TaylorSwiftConcert.com or TicketsCheapest.com where they will pay less than at other resale sites after the box office is sold out for a range of seats from cheap areas to premium seats or a field ticket. 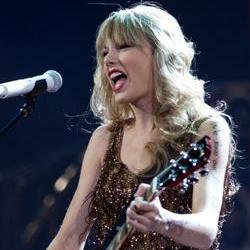 Due to high demand Taylor Swift tickets for her upcoming concerts at Gillette Stadium in Foxborough, MA near Boston, MetLife Stadium in East Rutherford, NJ outside of New York City, AT&T Stadium west of Dallas, Gila River Arena near Phoenix, Heinz Field in Pittsburgh and Soldier Field in Chicago, have sold out at the box office, but fans can still find tickets for great seat choices available for purchase at TaylorSwiftConcert.com online. Tickets for Taylor’s "1989" World Tour are expected to continue to sell quickly.

The Taylor Swift 1989 World Tour includes stops in Lexington, Omaha, Des Moines, Indianapolis, Fargo, Detroit, Charlotte, Los Angeles, San Diego, Santa Clara, St. Louis, Kansas City, Miami, Tampa, Washington DC, Denver, Atlanta, and Seattle. Some of these venues will not have tickets available until December 12 but fans need not wait; they can buy Taylor Swift tickets in advance of the public sale without any special memberships or codes. Canadian cities include Toronto, Vancouver, Edmonton and Ottawa. Some other locations Taylor visits on this tour include Japan, Europe and Australia. Taylor will be joined by Australian singer/songwriter Vance Joy known for his song “Riptide” for part of the 1989 World Tour. Songwriter Shawn Mendes joins them for select stadium dates.

Taylor Swift is a Grammy Award winner. In fact she is a 7 time Grammy Award winner, quite a feat for someone under the age of 25. She is the only female artist to ever have an album sell one million copies in the first week of sales. She is also the youngest ever Billboard’s “Woman of the Year”. Time Magazine named Taylor Swift as one of its “100 Most Influential People”. Taylor was born in Reading, PA on December 13, 1989. At the young age of 14 moved to Nashville, TN in search of a career in country music. Ten years later she is a global star having released five albums including her first entitled “Taylor Swift”, followed by “Fearless”, “Speak Now”, “Red” and just released “1989”.
Before embarking on her world tour, Taylor Swift will be headlining the annual Jingle Ball celebrations in Los Angeles on December 5, 2014 at the Staples Center with 5 Seconds of Summer and in New York City on December 12 at Madison Square Garden where she will be joined by Maroon 5.

The sites to buy cheap concert tickets online, and its sister sites, including the site to purchase show tickets like Aladdin on Broadway, are affiliated with the Financial Firebird Corporation Travel Group. Financial Firebird Corporation, established in 2000 and a proud BBB member, provides unbiased consumer information, software and marketing services. These sites for consumers to buy tickets online operate in the resale market and maintain no relationship with the venues or performers. The resale ticket market allows consumers access to events once the box office has sold out or to buy premium seats when the venue no longer offers any inventory. Within the group of these secondary market ticket services, the Financial Firebird owned ticket sites offer lower prices than competitors. Find the sites at TicketsCheapest.com.

Major Concert Tickets Including Sold Out Floor SeatsBuy Tickets For Shows Like Taylor Swift,Garth Brooks, Billy Joel, The Who, One Direction Luke Bryan And More