Kenny Chesney Tour Releases Tickets for Green Bay, Kansas City And Pittsburgh With Seats Available At KennyChesneyConcertDates.com Even If Venues Sell Out

Concert tickets for the upcoming Kenny Chesney tour including shows in Green Bay and Kansas City with Jason Aldean and Brantley Gilbert, plus the 2015 Big Revival in Pittsburgh featuring Eric Church, go on sale for the public to buy today. Tickets remain available for all seating areas, including premium seats and floor tickets, at KennyChesneyConcertDates.com in association with TicketsCheapest.com from Financial Firebird Corporation for these shows and all Kenny Chesney, Eric Church, Jason Aldean and Brantley Gilbert performances. 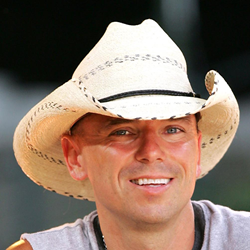 Kenny Chesney Tour, Releases Tickets for Pittsburgh, Green Bay, and Kansas City With Seats Available At KennyChesneyConcertDates.com Even If Venues Sell Out

Kenny Chesney and Jason Aldean announced they will share the spotlight for 10 stadium performnces during the summer of 2015. Things kick off at Levi’s Stadium in Santa Clara, CA in May. The lineup of cities for 2015 include Green Bay, Kansas City, Seattle, Minneapolis, Pasadena, Arlington, Denver, East Rutherford, NJ and Boston. The Gillette Stadium concert in Foxborough, south of Boston, as well as Santa Clara previously released tickets for the general public to buy and remain available at KennyChesneyConcertDates.com. Similarly, Kenny Chesney takes the stage with Eric Church for 5 stadium shows in 2015. Stops include Indianapolis in May followed by, Pittsburgh, Atlanta, Philadelphia and Detroit shows during the ensuing months.

Kenny Chesney is known to country music fans for tunes like “She Thinks My Tractor’s Sexy,” “You Had Me From Hello,” “All I Need to Know” and “No Shoes No Shirt No Problems.” He has released more than 50 singles since signing his first record deal with Capricorn Records. As a singer/songwriter, Kenny has collaborated with fellow artists Reba McIntyre, Tim McGraw and one of Kenny’s favorite performers - Jimmy Buffett. Kenny collaborated on 2 songs for Buffett’s 2004 Album entitled “License to Chill."

Jason Aldean fans and others who enjoy country music know him best for tunes like My Kinda Party, Dirt Road Anthem, She’s Country, Big Green Tractor, Hicktown and Don’t You Wanna Stay recorded with Kelly Clarkson, but in total, his recordings total 16 singles and 5 albums. Georgia born, Jason Aldean began his country music career in 2005 and continues to release new material and delight live concert audiences. Those attending the Jason Aldean concerts on this latest tour, called the Burn It Down Tour, will hear his top selling single “Burnin It Down” along with a few songs from his album called Night Train including Take A Little Ride and The Only Way I Know.

The sites to buy cheap concert tickets online, and its sister sites, including the site to purchase Broadway show tickets, are affiliated with the Financial Firebird Corporation Travel Group. Financial Firebird Corporation, established in 2000 and a proud BBB member, provides unbiased consumer information, software and marketing services. These sites for consumers to buy tickets online operate in the resale market and maintain no relationship with the venues or performers. The resale ticket market allows consumers access to events once the box office has sold out or to buy premium seats when the venue no longer offers any inventory. Within the group of these secondary market ticket services, the Financial Firebird owned ticket sites offer lower prices than competitors. Find the sites at KennyChesneyConcertDates.com, JasonAldeanConcerts.com, BrantleyGilbertConcerts.com and TicketsCheapest.com.

Jason Aldean Concerts With Kenny ChesneyCheap Tickets For All Shows