Social entrepreneurs are increasingly turning to crowdfunding to launch their projects and are being welcomed with open arms. 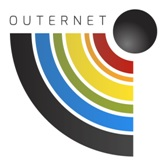 We are seeing more entrepreneurs offering pragmatic solutions to complex challenges that we face in the world as part of their company’s mission—it’s very encouraging.” –Marc Zorn, Founder and CEO of Vision Launch.

There appears to be a trend among young entrepreneurs in the last few years, where creating concepts that have commercial value is only part of their business model. More importantly to these idealistic entrepreneurs is for their ideas to have a strong social value component. With popular platforms like Kickstarter and Indiegogo, these new agents of change are increasingly turning to crowdfunding to launch their ideas. Recent evidence has shown that contributors are more inclined to support credible projects that create solutions to our current limitations. Solar Roadways is a great example of what a promising solution oriented concept can achieve, by going on Indiegogo last June and raising over 2 million dollars, overfunding its goal by 220%.

One organization that’s about to make big changes is a company called Outernet. Based out of New York City, Outernet is “Humanity’s Public Library” as stated by founder Syed Karim. Outernet broadcasts the most important content from the internet using satellites and distributing it for free. Users can access the Outernet signal using a receiver built from widely available components, instructions for which are available on the Outernet website. Outernet has taken the most significant step towards universal information access, providing relevant data regardless of one’s wealth, geography, or political environment.

Outernet went on the crowdfunding platform, Indiegogo last week to present their campaign called “Lantern” which sailed right past their $200,000 goal in under a week with another three weeks to go.

Another organization is Open Source Ecology (OSE) based out of Missouri. Open Source Ecology is a 501(c) (3) founded in 2003 by Marcin Jakubowski Ph.D. This organization seeks to empower millions of people around the world by creating working prototypes of all the machinery and systems required to build a society from the ground up, while putting the costs within reach of the average person. The company openly publishes all of its material on its Wiki Page and OSE systems can be replicated from anywhere in the world by using its “Global Village Construction Set”. OSE went on Kickstarter and received over 150% of its goal.

Vision Launch is a business development firm based out of New York that specializes in social entrepreneurialism and web-based finance. Vision Launch has seen an increase in this trend and predicts more to come. “The younger generations perceive the world very differently than their predecessors do and they want to create businesses that provide solutions to the problems they see. We are seeing more entrepreneurs offering pragmatic solutions to complex challenges that we face in the world as part of their company’s mission—it’s very encouraging.” –Marc Zorn, Founder and CEO of Vision Launch.

There is another company that Vision Launch is currently working with to complete development and go live for funding, which brings highly efficient hydroponic grow units to urban communities, providing local residents with non-GMO organic vegetables. The company’s goal is to make food safer and healthier while giving an economic boost to the local economies. Also, hydroponics requires a fraction of the water that traditional agriculture methods do. With the extreme drought conditions in California, one of the largest producer of vegetables in the world, their timing couldn’t be better.