New Website Points Consumers to the Healthiest Places to Eat Out 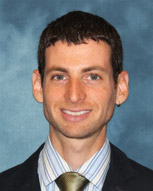 Our main goal is to give consumers objective information about which restaurants are likely to be healthier for families and children.

Fast food restaurants may advertise healthy choices, but how are consumers to know what is hype and what is really healthy? In December 2013, the Palo Alto Medical Foundation Research Institute (PAMFRI) began a broad study on the healthiness of national chain restaurants. The results and an interactive rating system can be found on a new website called Grellin.

Grellin.org publishes transparent data for consumers about which chain restaurants are healthier than others. (The word “grellin” is a play on words of “ghrelin,” the hunger hormone.) The first iteration focuses on the top 100 chain restaurants in the country. The website was launched on Wednesday, November 19, 2014 at the meeting of the American Public Health Association in New Orleans.

“With this transparent data, consumers can see which chain restaurants are actually a ‘healthier’ place to eat,” said PAMFRI’s Lenny Lesser, M.D., MSHS, lead investigator and initiator of the website project. “Restaurants often claim they are ‘healthy’ by adding one or two wholesome items on a menu filled with unhealthy food. The new Grellin Grade tells consumer what percent of the restaurant’s menu is actually healthy.”

Seed funding for this innovative website came from The California Endowment.

According to Dr. Lesser, consumers need information that shows them both where they are likely to purchase a healthy meal and what to eat at that location. The Grellin website helps by providing a mobile site that rates chain restaurants on their “healthiness.” The rankings and information are available on the web via computer or mobile devices.

The Grellin Grade uses a combination of technology and nutrition science to make healthy ratings a reality. Rating the “healthiness” of a restaurant involves several key elements, beginning with the question: How well does a restaurant’s overall menu meets nutritional guidelines? The Grellin Grade project used an existing database (MenuStat.org) that contains all of the published nutritional information, to compute the grades. The grades take into account both the nutrients (calories, sodium, fat) of the food and the estimated fruit and vegetable amounts in the food.

Each food in Grellin gets ranked as unhealthy or healthy, based on its nutrient and food components. These foods are then summed up for each restaurant, with each restaurant getting a Grellin Grade from 0-100. A “100” means 100 percent of the items at that restaurant are healthy. Some restaurants that ranked a zero do not release enough information to the public so they could not be scored.

Grellin Grade ranks the “menu healthiness” of the most popular chain restaurants, including McDonald’s, Subway, Chipotle, Panera Bread, Applebee’s, Olive Garden among many others.

“Our main goal is to give consumers objective information about which restaurants are likely to be healthier for families and children,” said Dr. Lesser. “We hope that restaurants will compete for customers on their healthiness of their menu, rather than just the price. If a chain restaurant’s score is low, it begs the question: how can they provide healthier choices to their customers?”