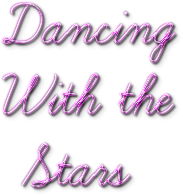 Ticket Down is a reputable source for authentic Dancing With The Stars tickets for the live tour featuring select performers from the popular series.

Alfonso Ribeiro is the newest Mirrorball champion of the popular “Dancing With the Stars” competition. His lovely partner, Witney Carson helped him beat out Janel Parrish from “Pretty Little Liars” and Sadie Robertson from the “Duck Dynasty” family. In addition to Alfonso Ribeiro, the other dancers which will join the traveling tour include: Mark Ballas, Emma Slater, Valentin Chmerkovskiy, Sasha Farber, Keo Motsepe and Kym Johnson. The tour will get underway on December 27th in Niagara Falls, and it is set to headline at nearly 40 cities in North America.

Ticket Down delivers tickets to sold out concerts and events worldwide when no one else can, and they do so at discounted prices. This popular ticket exchange has Dancing With the Stars Live tour tickets for all North American dates. This popular ticket site is offering their customer appreciation promo/coupon code CHEAP for added savings.