Eye Wonder Studios Inc. publishes the Along the Way books, geared toward children between the ages of 5-12 years. Each book takes children on educational cross-Canada road trips; the covers have been expertly illustrated by Ken Golden, known for his talent in Franklin, Little Bear, the Berenstain Bears animated TV series, and more. 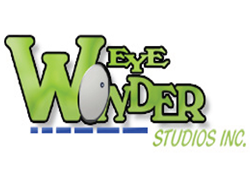 Home of the Along the Way Book Series

"Today's students are tomorrow's leaders and we all need to take ownership in their future." Bob Winterford, CEO, Eye Wonder Studios Inc.

Along the Way books are dedicated to encouraging children to broaden their horizons - be all they can be - all the while, sharpening reading skills which are in fact, necessary, as they embark on this fantastic path to lifelong learning. The Along the Way fundraising campaign can be found here, and each book can be viewed in full detail on the Eye Wonder Studios Inc. website, as well as at the author's website at http://www.teresaschapansky.com.

"Crowd funding projects have been amazingly successful for start up companies such as ours," says Eye Wonder Studios Inc. founder and president, Robert Winterford. "We see this campaign, launching on December 2, 2014 as a tremendous opportunity; steps toward getting these books into the hands of our children. While highly entertaining, this series is also educational. We've done the research, and we've yet to see another product like ours, on the market today." Winterford continues, "We are looking to raise a modest $8,500.00, which will cover the production costs of the first and second books, scheduled for January, 2015. Due to the incredible response we're receiving from major retailers and scholars alike, we expect this series to take off, at which point we'll fast track the production of the remaining ten books in the series."

About the Company
Eye Wonder Studios Inc. is based near Edmonton, Alberta Canada, and currently publishes books for young readers. While the Along the Way series is the first leap into the big world of publishing, there are many more talented authors and works in the pipeline for production in the very near future.

About Robert Winterford
CEO of Eye Wonder Studios Inc., with an eye toward putting an end to children's illiteracy worldwide, Winterford is also the founder of Kids Strong and Free, the goal of which is to provide efficient, effective and expedient research results toward the answers and solutions to children's illnesses. Kids Strong and Free has attracted much attention, and has recently partnered with the Make-A-Wish Foundation Canada© and MICYRN (Maternal Infant Child & Youth Research Network).

Charitable at heart, Winterford is the epitome of what being Canadian means. "There is so much more to Canada", Winterford begins, " than igloos, beavers and the infamous "eh", and we have a responsibility to educate our youth, on the many and diverse aspects of our true north strong and free."

Welcome to Alberta!Albert's friends discover that they will have to move away, and learn to deal with changes. Tag along with us, as we learn cool facts and find some places to stop along the Yellowhead Highway, and test your skills with our very first Dino Trivia!

Welcome to the Glacier Express!Learn about the brr… ice age and how it affects us today. Meet Kilee and Michael - follow along as they learn the true meaning of elbow grease. Join Albert as he takes us from Edmonton, all the way to the Saskatchewan border!

Welcome to British Columbia!Albert describes some of the many cultures and fun traditions that make up North America. Ryan and Nathan learn that they are about to have new neighbours! This road trip starts in Victoria, where construction of the Trans Canada Highway began in 1912!

Welcome to Saskatchewan!We learn about the arrival of the railroad, and discover how it impacted in a positive manner, the way of life of our new friends, Hailey and Emma, and their family. We'll hitch a ride on the Canadian Pacific Railway!

Welcome to Manitoba!Discover the different weather systems we experience in North America, and find out who moves next door to Ryan and Nathan. We take a journey from Hudson Bay to West Hawk Lake, and learn about bugs and wildlife that are native to this province.

Welcome to Ontario!Learn about the roles insects and bugs play in our environment. Albert says that they are not all just pesky critters, after all! we'll meet Max and Luke, and discover the Great Lakes. We'll have fun traveling with Albert from Toronto to Ottawa!

Welcome to Quebec!Naturally, Albert mixes fun with education as we discover the answers to Dino Trivia. We l find out where the name, "Canada" came from. We'll find out what Michael and Kilee have been up to! This road trip shows us some Quebec-style history!

Welcome to Newfoundland and Labrador!We learn about the differences between Baleen whales and toothed whales, and about some of the other species that live in this province. Join Ryan and Nathan as visit their grandparents, and overcome a few fears along the way!

Welcome to the Maritimes!Description for this book coming soon!

Welcome to the Northwest Territories and Yukon Territory!Description for this book coming soon!

Welcome to Nunavut!Description for this book coming soon!