The specialty award honors a female character, and those involved in bringing her to life, that goes above and beyond to be inspiring and encouraging to break down stereotypes and elevate the conversation around female ingenuity in technology fields. 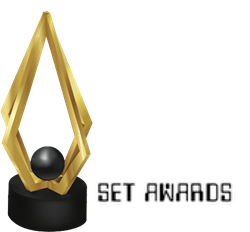 [We are] proud to recognize the power and influence actors and actresses have to bring to life inspiring and exciting characters who can change attitudes and perceptions of diverse audiences about career paths of the future.

“EIC is proud to recognize the power and influence actors and actresses have to bring to life inspiring and exciting characters who can change attitudes and perceptions of diverse audiences about career paths of the future,” said Brian Dyak, President and CEO of EIC. “Since CSI: Crime Scene Investigation began, over a decade ago, we have seen a tremendous increase in the number of educational programs for forensic science; researchers have even noted a 50 percent increase in the number of women pursuing these fields. The 'CSI effect' set the bar for sciences; now we plan to expand that positive reach to technology careers and beyond.”

The specialty award honors a female character, and those involved in bringing her to life, that goes above and beyond to be inspiring and encouraging to break down stereotypes and elevate the conversation around female ingenuity in technology fields. Portrayal of a Female in Technology is the first SET Award to showcase a female’s role in entertainment regarding technology.

“Gender diversity enhances innovation and expands the qualified employee pool, increasing corporate profitability. However, the industry is failing at attracting wide-ranging talent,” said Lucy Sanders, CEO and Co-founder of NCWIT. “Collaborating with EIC and Google enables us to use the power of mass media to replace myths and stereotypes with inclusive portrayals that will inspire girls and women to seek computing opportunities.”

Launched at the 4th Annual SET Awards, produced by EIC, the nomination period for the awards will begin December 2, 2014 at http://g.co/GoogleSETAward.

“When it comes to encouraging girls and women to pursue careers in computer science and other technical fields, we know that positive role models matter,” said Mo Fong, Director for K-12 Education Outreach at Google. “We are excited to be partnering with EIC and NCWIT to create an award that highlights amazing women in entertainment and the characters they portray to inspire and propel more women into technical careers critical to future innovation.”

Nominations will be accepted at http://g.co/GoogleSETAward through January 18, 2015. Voting will be held online in Spring 2015 and the winner announced at the 2015 NCWIT Summit for Women and IT on May 19-21 in Hilton Head, South Carolina.

About Google Inc.
Google is a global technology leader focused on improving the ways people connect with information. Google’s innovations in web search and advertising have made its website a top Internet property and its brand one of the most recognized in the world.

About Entertainment Industries Council
EIC is a non-profit organization founded in 1983 by leaders within the entertainment industry to bring the power and influence of the industry to communicate about health and social issues. The organization is considered to be the chief pioneer of entertainment and journalism outreach and a premiere success story in the field of entertainment education. This mission relies on providing resource information to the creative community and culminates in recognition of the industry through the national television special PRISM Showcase which addresses accurate portrayals of substance use issues and mental health concerns. The organization also produces the SET Awards, honoring positive and non-stereotypical portrayals of science, engineering and technology. For a complete list of health and social issues addressed by EIC and local projects please visit First Draft and EIC’s website at http://www.eiconline.org or the internet television network at EICnetwork.tv. The PRISM Awards web site is http://www.prismawards.com. The SET Awards web site is http://www.eicsetawards.com

About NCWIT
The National Center for Women & Information Technology (NCWIT) is a non-profit community of more than 575 universities, companies, non-profits, and government organizations nationwide working to increase women’s participation in computing and technology. NCWIT equips change leaders with resources for taking action in recruiting, retaining, and advancing women from K–12 and higher education through industry and entrepreneurial careers. Find out more at http://www.ncwit.org.