Autism Speaks, the world’s leading autism science and advocacy organization, today launched “MSSNG,” a new awareness campaign to support the development of the world’s largest database of sequenced genomic information on people with autism spectrum disorder and their family members. 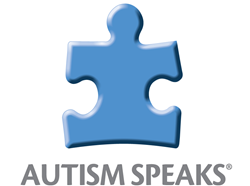 Autism Speaks, the world’s leading autism science and advocacy organization, today launched “MSSNG,” a new awareness campaign to support the development of the world’s largest database of sequenced genomic information on people with autism spectrum disorder and their family members. Autism Speaks is collaborating with Google to store sequenced data from MSSNG on the Google Cloud Platform, providing an open resource for scientists worldwide to access and share autism research.

MSSNG is a significant milestone in advancing genomic research of autism and could lead to breakthroughs into the causes, subtypes and better diagnosis and treatment for the disorder. Valued at $50 million, MSSNG aims to sequence and analyze the whole genomes of 10,000 individuals in families affected by autism – an unprecedented undertaking that will provide the global autism research community with a platform to answer some of the most vexing questions about the disorder.

The name MSSNG (pronounced “missing” – the vowels are omitted to represent the missing pieces of the autism puzzle that researchers hope to find) is symbolic of the questions – or missing information – about autism and its causes. The campaign will enable discoveries in genomics research that advance medical care and quality of life for those struggling with autism and their families. Autism spectrum disorders currently affect one in 68 individuals in the U.S., and one in 42 boys.

MSSNG will also serve as a platform to raise awareness of the beauty inside all people in the autism community. Visual components for the campaign include striking images of crystallized DNA that tell the story of who we are as individuals. The campaign will be supported online via a social movement to raise awareness and donations. On Twitter, supporters can go to their profile, click on “Edit Profile,” click “Name” and remove the vowels. They are encouraged to also post the following message: “We’re missing a lot of information on autism. Support @AutismSpeaks project #MSSNG by removing letters from your name: http://mss.ng "

"Millions of people living with autism today need answers. The MSSNG project is the search for those answers. And we're going to find them,” said Liz Feld, president of Autism Speaks. “The best research minds in the world are going to mine this database of DNA, so we can uncover and understand the various subtypes of autism. Then, we can get to work developing customized treatments and therapies so we can improve the quality of life for so many people who need help."

In June 2014, Autism Speaks announced its collaboration with Google to store sequenced data from MSSNG on the Google Cloud Platform. This database will be an open resource to support autism research. The amount of data collected by MSSNG creates unique challenges for storage and access. The Google Cloud Platform provides the engineering innovation needed to address those challenges and provides an open source for qualified researchers around the world to analyze vast sets of sequenced data.

World-renowned geneticist Stephen Scherer serves as director of MSSNG. Thomson- Reuters recently listed Dr. Scherer among its “Most Highly Cited Scientists.” He and his team have published more than 375 scientific papers advancing understanding of the role that genetic variation plays in disorders such as autism. A world pioneer in genetics and genomics, Dr. Scherer established the Database of Genomic Variants, the world’s first and most-used database of copy number variants (CNVs). Physicians and medical geneticists use this vital tool in making hundreds of thousands of medical diagnoses.

More than 1,000 genomes have already been sequenced in the MSSNG program, and currently close to 2,000 additional samples are in the sequencing queue. Results from the first 100 genomes were published in the American Journal of Human Genetics in July 2013. These findings have already advanced understanding of autism, and in some cases, provided information useful in guiding diagnosis and treatment. Once completed, this historic program could lead to uncovering various forms of autisms, like the various forms of cancers today. This in turn could lead to individualized treatments and therapies for those with autism.

About Autism
Autism is a general term used to describe a group of complex developmental brain disorders – autism spectrum disorders – caused by a combination of genes and environmental influences. These disorders are characterized, in varying degrees, by communication difficulties, social and behavioral challenges, and repetitive behaviors. An estimated 1 in 68 children in the U.S. is on the autism spectrum.

About Autism Speaks
Autism Speaks is the world’s leading autism science and advocacy organization. It is dedicated to funding research into the causes, prevention, treatments and a cure for autism; increasing awareness of autism spectrum disorders; and advocating for the needs of individuals with autism and their families. Autism Speaks was founded in February 2005 by Suzanne and Bob Wright, the grandparents of a child with autism. Mr. Wright is the former vice chairman of General Electric and chief executive officer of NBC and NBC Universal. Since its inception, Autism Speaks has committed more than $500 million dollars to its mission, the majority in science and medical research. Each year Walk Now for Autism Speaks events are held in more than 100 cities across North America. On the global front, Autism Speaks has established partnerships in more than 60 countries on five continents to foster international research, services and awareness. To learn more about Autism Speaks, please visit AutismSpeaks.org.