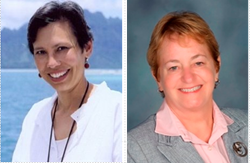 The APNA Annual Awards are one of the highest forms of recognition for nurses who exemplify excellence across the spectrum of psychiatric-mental health nursing.

The American Psychiatric Nurses Association (APNA) is pleased to announce the recipients of the 2014 APNA Annual Awards. Each year, the recipients are nominated by colleagues and selected by a committee of their peers. This year’s awards recipients will be recognized in person at the APNA 28th Annual Conference this October, in Indianapolis, Indiana.

“APNA Annual Awards are one of the highest forms of recognition for nurses who exemplify excellence across the spectrum of psychiatric-mental health nursing,” says APNA President Patricia Cunningham, DNSc, APRN, BC. “In celebrating the achievements of this year’s recipients, we are celebrating the vital contributions that psychiatric-mental health nurses everywhere make in individuals’ lives on a daily basis.”

Katherine Baltazar, PMHNP is the recipient of the 2014 APNA Psychiatric-Mental Health Nurse of the Year Award, which recognizes a nurse who demonstrates vision, perseverance, dedication, initiative and facilitation in the delivery of mental health services to individuals, families and their communities. Baltazar works with members of the Lakota tribe on the Eagle Butte Cheyenne River Indian as a Psychiatric Nurse Practitioner, a Supervisor for the Social Work Department, and a member of a community suicide prevention team. She is recognized for her culturally sensitive and community based approach to mental health care. Her efforts include working at multiple levels to reduce the incidence of Fetal Alcohol Spectrum Disorder in the community: teaching classes, working with a coalition to plan events, arrange trainings for clinicians at the Indian Health Services hospital and participate in interagency meetings that include tribal judges. “I find hope every time I meet someone that has passion,” says Baltazar. “When I find a spark of it; it always nourishes my faith for their future.”

The 2014 APNA Award for Distinguished Service, which recognizes a member for her commitment, initiative, loyalty, integrity, and exceptional and meritorious service to the American Psychiatric Nurses Association, has been awarded to Ruth 'Topsy' Staten, PhD, ARNP-CS. Staten, Associate Dean for Undergraduate Programs at the University of Louisville School of Nursing, has a long record of involvement within APNA, including serving as the first President of the APNA Kentucky Chapter, co-chairing the Advanced Practice Council, and holding a Member-at-Large position on the APNA Board of Directors. Says Staten, “We are all in this world together and I think we are very fortunate as psychiatric-mental health nurses to have the understanding, the vision, and the wisdom that we do about people and their lives. I think knowing that, we can work every day to assure that we’re in support of the people around us and use the influences we have to push for a meaningful life for everyone we help.”

The APNA 28th Annual Conference will be held at the JW Marriott Indianapolis in Indianapolis, Indiana, October 22-25. In addition to recognizing these APNA Annual Awards recipients, the program will feature more than three days of networking and continuing education specific to psychiatric nursing for RN and advanced practice nurses alike.