New research by PsychTests.com reveals that people are more likely to achieve their goals if they are willing to accept advice, help, and criticism from others. 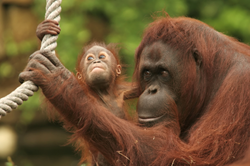 What differentiates Goal-achievers and Non-achievers is their willingness to accept help and constructive criticism from others.

Non-achievers either don’t believe they have what it takes to achieve the goals they aspire to, or they expect to be able to do everything on their own - as though asking others for help will diminish the value of their success.

There have been several memorable “thank you” speeches from athletes, actors, and other award-winners. Adrien Brody’s smooch with Halle Berry after winning the Oscar for “Best Actor;” Roberto Beningni’s chair-leaping; Michael Sam’s speech that brought many to tears; and Nelson Mandela’s powerfully moving oration after winning the Nobel Peace Prize Award are just a few examples.

There is one common thread in all of these speeches, however: A sense of heartfelt gratitude to the people who helped these winners accomplish the amazing things they did. In fact, research from PsychTests indicates that it is their humbleness and willingness to accept advice, guidance, and even criticism from others that has made them a success.

After collecting data from 564 people who took the Coachability Test, researchers at PsychTests focused on two groups: Goal-achievers (those who have achieved most of the goals they have set for themselves) and Non-achievers (those who are floating through life without setting or achieving any major goals).

According to their statistics:

“Whether a person is an athlete or a high-powered executive, there’s a good chance that somewhere along their path to greatness, they received help or guidance from someone,” explains Dr. Jerabek, president of PsychTests.

“Non-achievers generally run into two issues: They either don’t believe they have what it takes to achieve the goals they aspire to, or they expect to be able to do everything on their own - as though asking others for help will diminish the value of their success. So they create more struggle and obstacles for themselves than is necessary. In order to benefit from coaching, you need to be willing to put your ego aside and accept guidance and criticism, as painful as it may be. And if you want to achieve your goals, you need to be able to admit when you can’t do something on your own and need help. That’s what humility is: Having the strength and courage to admit to your faults and shortcomings.”

Want to assess your level of coachability? Go to http://testyourself.psychtests.com/testid/3633

Goal-achievers are not only more coachable, they are also more willing to put pride aside and accept guidance, help, and constructive criticism.If you want to succeed, you need to be able to put your ego aside – and have the humility to admit when you need help.