QRS Technologies, Inc. adds Danny Wright to its impressive Steinway artist series, with an agreement to record two of Wright’s concerts at Las Vegas’ The Smith Center for the Performing Arts. The concert recordings will be available to QRS PNOmation II and Pianomation customers as a CD, DVD and digital download beginning in June 2014. 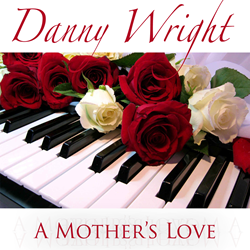 Music from Danny Wright's album A Mother's Love (2013) will be recorded by QRS Technologies Inc. live in concert on May 11, 2014 at The Smith Center.

A 9 ft. Steinway Model D Grand Piano equipped with the latest PNOscan technology will be utilized to capture all the nuances of Danny’s performance.

QRS Technologies, Inc. -- owners of PNOscan, PNOmation II and Pianomation -- have agreed to record and market two live concerts by world-renowned pianist & composer Danny Wright, who is founder of WH Sound Studio and an official Steinway artist based in Las Vegas. Both concert events are being recorded by QRS using its PNOscan technology on a Steinway D piano (provided by Las Vegas’ Steinway dealer Southern Nevada Music) at Las Vegas’ new state-of-the-art performing arts venue The Smith Center’s Cabaret Jazz. The first recording, Real Romance, will be available to all QRS PNOmation II and Pianomation customers as a CD, DVD and digital download, with an expected release date of June 2014; the release date for A Mother’s Love will be announced in the coming months.

“Real Romance” is one of a half-dozen themed concerts in Wright's repertoire. It is based on his best-selling album of the same name, which was updated and re-released in February 2014. In this show, Wright creates an evening of romance and remembrance in his cabaret-style piano concert, sharing the real life love stories behind the music, and performing his signature arrangements of romantic songs from the stage and screen such as “My Funny Valentine,” “Places That Belong to You” and “For Good.”

The second concert to be recorded by QRS will be “A Mother’s Love,” live on May 11th at The Smith Center’s Cabaret Jazz, at both 2 & 6 pm in celebration of Mother's Day. The concert corresponds with his album of the same name, released in 2013, which offers both original works and standards celebrating motherhood, such as "Wind Beneath My Wings" and his own "My Son's Lullaby."

Tom Dolan, owner of QRS Technologies, Inc., of Seneca, PA, commented “QRS is proud to work with Steinway Artist Danny Wright, the Smith Center and Steinway’s Las Vegas Dealer, Southern Nevada Music, for a Valentine’s production. A 9 ft. Steinway Model D Grand Piano equipped with the latest PNOscan technology will be utilized to capture all the nuances of Danny’s performance. It will eventually be offered up as video and audio content to our PNOmation customers. Steinway Artist Danny Wright has cultivated a loyal fan base through his unique piano style and touching performances. QRS is proud to have Danny join its robust roster of Steinway and PNOscan artists.”

Wright is equally enthusiastic about the QRS partnership. “I’m very excited to offer my fans these new premiere products recorded by QRS PNOscan. Our recent Real Romance concert was incredibly romantic, and the upcoming show - A Mother’s Love - is all about appreciation. I’ll be playing a collection of original compositions and beloved standards that were specifically chosen to thank mothers all over the world for holding us, inspiring us, and for raising us up in times of despair. I’m confident that – with QRS’s superior technology -- both concerts will make fantastic additions to every collection.”

Wright is lauded for his mastery of several types of music, including Classical, Broadway, TV/Film, and original music in the Adult Contemporary and New Age genres. His own compositions, including those on the 2013 original releases Reflections and Gifts from the Heart, often honor family, friends and loyal fans or their loved ones; many of these custom compositions can be seen on his YouTube channel at https://www.youtube.com/dannywrightdwf.

In 2012, Wright began celebrating the 25th Anniversary of his career as a best-selling recording artist. During that time, he has sold over six million records and played many of the finest venues in the U.S. and abroad. Fourteen of his 44-plus recordings remain steady on Amazon’s Top 100 Bestsellers in the Adult Contemporary category, and he was thrice named by Billboard Magazine as a Top 10 artist in New Age. Currently, Wright is re-mastering and re-releasing his entire Moulin D’Or catalog of albums through his own WH Sound Studio, based in Las Vegas, NV, and continuing to record new original compositions.

Traci Kesisian, vocalist, and Danny Wright at The Smith Center