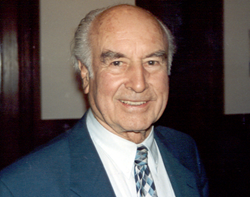 Get to know serotonin ~ it’s part of life’s neurotransmission.

“Serotonin has a synaptic transmission,” opened Bryan W. Brickner, “and 71 years ago today Albert Hoffman learned that the scientific way.”

In noting Bicycle Day 2014, Brickner tells the story of Albert Hoffman’s first intentional use of lysergic acid diethylamide (LSD) through the lens of serotonin, the neurotransmitter system LSD modulates. Brickner has a 1997 political science doctorate from Purdue University and is the author of The Promise Keepers (1999), Article the first of the Bill of Rights (2006), and The Book of the Is (2013).

In Synaptic Serotonin’s Bicycle Day 2014: A (Short) Science Story ~ New on the Bryan William Brickner Blog, the role of serotonin in health is discussed. The post cites established and new research from the National Institutes of Health (PubMed) to tell a (short) science story; using PubMed quotes, Brickner notes a dialogue between our immune and serotonin systems, an early microbiota life tale, a circadian clocks discussion, and talk of bowels (irritable and otherwise) and the brain-gut axis.

“Bicycle Day originated in Illinois by Tom Roberts,” explained Brickner, “it’s a simple day, one for pondering and meditating ~ and yes, even bike rides.”

The Bryan William Brickner Blog is a collection of published works and press coverage and an ongoing resource for the political science of constitutions and the biological science of receptors.