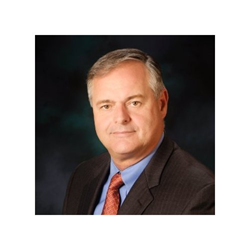 Desktop Alert Inc., the ‘less than one minute alert notification platform’ used by the U.S. Military and numerous healthcare and corporate organizations worldwide, today announced the appointment of Michael C. Albano, Colonel USMC (Ret) to the Desktop Alert Advisory Board.

"On behalf of our employees, our Board of Directors and our advisors, I am pleased to welcome Mr. Albano to the Desktop Alert Advisory Board," said Howard Ryan, President and CEO of Desktop Alert Inc. "Michael’s unique expertise across industry and defense will be instrumental as we continue to accelerate our growth at the United States Marines and defense markets worldwide."

Mr. Albano is the Chief Executive Officer and President of Trident Technical Solutions LLC. He is a retired Marine Corps Colonel with over 32 years of uniformed naval, joint, unified, and combined operational command, control, communications, computers, and intelligence (C4I) experience. Prior to departure from active duty, he was the Commanding Officer of the Marine Corps Tactical System Support Activity (MCTSSA) which provides technical and integration support to operational Marine Forces worldwide and to Program Managers of developmental systems at Marine Corps Systems Command (MCSC). In a prior assignment, he was also the Deputy Director of the C4I Systems Integration Directorate at MCSC. Since departure from active duty, he has over 10 years of experience in the Defense industry with large, medium, and small businesses managing and supporting DoD programs, including as a corporate executive with a Mass Notification Systems (MNS) Original Equipment Manufacturer (OEM). Mr. Albano is a Subject Matter expert in the area of systems integration, interoperability, and Mass Notification Systems (MNS). Over the course of his military and civilian career, he has held positions that cover a wide range of technical involvement from detailed interoperability/integration at the individual system level to high level, enterprise-wide interoperability/integration of system of systems.