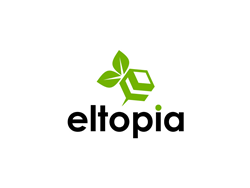 Solutions that are Responsible, Renewable and made with great Craftsmanship

Eltopia's ‘MiteNot’ project is the most innovative and holds the most promise to turn the bee crisis around than any other idea that has come along in a very long time -- maybe ever.

Eltopia is in early stage development of a simple, pesticide-free way to remove varroa destructor mites in bee hives. Groundbreaking new technology, code named ‘MiteNot’, will sterilize mites thereby eliminating them without harming the bees. The ‘MiteNot’ is currently in research, development and testing with the University of Minnesota Bee Lab.

“To save the bees, beekeepers and bee researchers need a new, non-chemical way to control mite parasites in honey bee colonies. Eltopia's ‘MiteNot’ project is the most innovative and holds the most promise to turn the bee crisis around than any other idea that has come along in a very long time -- maybe ever.” – Marla Spivak, Distinguished McKnight University Professor Apiculture/Social Insects, University of Minnesota

Varroa destructor mites exist in almost all hives in North America. If left untreated, evidence supports mites kill honeybee colonies and may be a factor in colony collapse disorder. ‘MiteNot’ uses a compostable circuit board that senses the stages of the bee broods reproductive cycle and applies heat at a specific temperature and time to sterilize the mites. The heat is applied when the honeycomb cells have been capped and the temperature stabilizes. This is the approximate time when female mites lay eggs but before the male mites can fertilize, thus interrupting the mites’ lifecycle.

“We are confident that we will bring the 'MiteNot' to market. We are on target to deliver an effective, affordable and non-toxic solution to both commercial and hobbyist beekeepers to control varroa destructor mites. Additionally, we are excited about the other potential applications of our compostable circuit technology to solve other colony challenges. The applications of this technology extend within and beyond agriculture.” – Will MacHugh, CEO Eltopia

‘MiteNot’ is currently in research, development and testing. Eltopia is looking for commercial beekeepers and academic institutions to participate in additional testing. If the testing continues to be positive, Eltopia hopes to make this a simple, non-toxic way to eliminate varroa destructor mites. Eltopia is targeting market availability by fall 2015.

About Eltopia:
Eltopia believes in finding solutions that are responsible, renewable and made with great craftsmanship. Eltopia’s core business is communications with a focus on agriculture. Products include cellular plans for robots (machine-to-machine), commercial phone services, rural Internet and prototyping. Eltopia is also innovating to help save the honeybees, optimize irrigation and monitor weather. Learn more at http://www.eltopia.com.