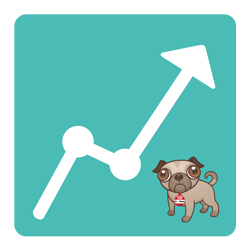 AdPlugg added more than 1,700 new accounts in a little over a year.

San Diego based online advertising company, AdPlugg, announced record growth throughout 2014. To address the needs of their rapidly expanding user base and the increased interest from high demand sites, AdPlugg added premium services to its existing offering.

Launched in November of 2013, AdPlugg experienced rapid growth from the date that it was launch through the end of 2014, adding over 1,700 new accounts in a little over a year. Similarly, its plugin for WordPress (released in December 2013) received over 5,000 downloads during roughly the same time frame. By the end of the year, AdPlugg was serving over 5 million ads per month to member sites.

To address the needs of its rapidly expanding user base, AdPlugg launched its Pro Plan on January, 1st 2015. The Pro Plan is a paid premium offering that includes additional features and that can scale to billions of ads served per month. The Pro Plan is designed to fulfill the ad management and ad serving needs of the most demanding of sites. AdPlugg continues to offer its Free Plan designed for smaller startup sites.

“We started off picking up mostly small accounts but by the end of the year, bigger sites were signing up; it’s been a thrill to see all of the interest," said CEO, Collin Krawll. The company declined to list any of the large sites but said that this information would likely be available soon on the company’s website.

The AdPlugg service makes it easy for publishers to serve ads to their website. Once the AdPlugg plugin is installed on a site, the publisher can control the ads with ease from their dashboard at adplugg.com, the AdPlugg ad server does the rest. While lauded for its simplicity and ease of use, the service includes a myriad of features including ad targeting, scheduling, rotating and more. Though AdPlugg works on any site, its WordPress Ad Plugin makes setup incredibly simple for the estimated 60 million websites running on WordPress.

About AdPlugg
Based in San Diego, California, AdPlugg offers a simple but sophisticated plugin and service that allows web based publishers and advertisers to build their businesses. The AdPlugg advertising plugin installs instantly into any website, opening up a myriad of controls, options and analytics available through adplugg.com. AdPlugg benefits advertisers by giving them an exciting and affordable way to get in front of their target market through online advertising.