Disability rights advocates are preparing to work in broad coalition with medical and other groups that oppose legalization of assisted suicide, as proponents announce plans to introduce bills in several states in the wake of Brittany Maynard’s tragic death. Representatives of Not Dead Yet, the Disability Rights Education & Defense Fund and Second Thoughts are available for interviews. 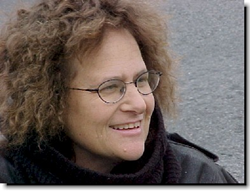 If these bills pass, some people’s lives will be ended without their consent, through mistakes and abuse.

Brittany Maynard's personal story has ignited the debate around assisted suicide legalization. Most recently, Maynard's husband appeared in an interview alongside the president of Compassion & Choices, formerly the Hemlock Society, to push legalization.

Disability advocates are deeply sympathetic to all people with a terminal illness, facing the difficulties that lie ahead. Legalization of assisted suicide can look acceptable and safe when the focus is solely on one individual. However, a closer examination of the issue reveals the immense harm legalization poses to vulnerable people, the elderly and society as a whole.

“If these bills pass, some people’s lives will be ended without their consent, through mistakes and abuse,” said Marilyn Golden, senior policy analyst with the Disability Rights Education & Defense Fund. “No safeguards have ever been enacted or proposed that can prevent this outcome, which can never be undone.”

The following individuals are disability rights advocates who are experts and active on the issue of assisted suicide and able to speak on the record.