Security Tips and commentary from a world class security firm. 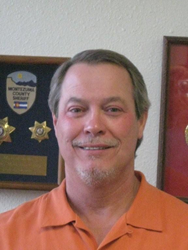 “The truth is scary, our world has been turned upside down, and the scary thing is that it’s all real,” intones a somber Michael D. Shetler, CEO of Shetler Security Services.

Shetler Security Services performs security assessments for some of the biggest brand names in the world, and in light of the recent “Je Suis Charlie” deadly shooting massacre at the Paris office of a satirical magazine, it’s not hard to see why by the end of this year, the company will have done work in approximately 40 countries around the globe.

“The truth is scary, our world has been turned upside down, and the scary thing is that it’s all real,” intones a somber Michael D. Shetler, CEO of Shetler Security Services. “I unfortunately see this kind of terrorism going on for decades because there are a lot of tormented people in this world. Lone wolf attacks, together with trained fighters who return to once peaceful countries with a burning desire to continue fighting for their cause, mean that the need for vigilance will only increase.”

For companies like the one affected in Paris, Shetler provides guards and roving patrols, and in best case scenarios for vulnerable brands, employees are trained to protect themselves through active shooter programs where participants learn basic techniques such as how to make yourself inconspicuous and hide.

“These acts of domestic and international terror have a ripple effect and it often impacts the economy of the entire area where the incident took place,” reflects Shetler. “After 9-11, tourism dwindled in New York, and people in the city stayed home – it really shut things down.”

Shetler has a vested interest in this type of public perception as the biggest sporting event in America; Super Bowl XLIX will this year be hosted in the company’s own backyard at the University of Phoenix Stadium in Glendale, Arizona.

“The NFL does a tremendous job of securing the game and their stadiums, and together with city, county and state law enforcement personnel, you can expect a safe, fantastic experience while you’re here in the valley of the sun,” notes a confident Shetler.

Shetler points out that for years, the NFL has utilized sophisticated video security techniques such as facial recognition software to ensure that people who are not supposed to be at these events are detected and apprehended well ahead of time.

In the past, when Shetler was President of AT Systems Security, Inc., the company provided security services to Sky Harbor International Airport in Phoenix, AZ. This experience allows Shetler to offer a crucial tip for fans flocking to the desert for the big game.

“You know it’s going to be crowded, so be patient, but I’d also suggest enrolling in the TSA Pre✓™ , which is an expedited screening program that allows travelers to leave on their shoes, light outwear and belt, as well as keep your laptop and cosmetics in your bag,” notes Shetler.

Along with the known traveler program, Shetler also offers some practical tips once you’re in town for the big game:

Last, but not least, human nature being what it is means that the sex trade will also be in the Phoenix metro area, and prostitutes and pimps will be available to lure even the most seasoned traveler.

“You can expect that law enforcement will be closely monitoring this type of illegal activity,” warns Shetler. “Why pay for a ticket to the Super Bowl, and then pay for it with jail time by doing something stupid?”

Phoenix, like Paris, also employs a sophisticated amount of cameras and video surveillance technology, and in most every public place, you’re most likely being recorded. But people, just like famous brands, have to remain vigilant according to Shetler:

“We really all need every day security, at home and abroad. And remember, large brand companies, just like U.S. citizens, can become a target, anywhere in the world, just because of their American origin.”

Shetler Security International provides security services for some of the most well-known financial institutions in the United States, private companies, universities and large events. Their staff has over a century of supervisory and executive command level law enforcement experience. This extensive and diversified combination of training, education and experience positions Shetler Security International to conduct expert consultation, evaluation, assessment and implementation of a wide variety of security industry needs, including guard and roving patrol, corporate and executive security, diplomatic and foreign theater security and technology solutions. For more information, please visit: http://www.shetlersecurity.com.