Michael Talmadge, of Acton, Mass., has been certified as a health physicist. The company now employs 35 Certified Health Physicists -- more than any other private company in the United States. 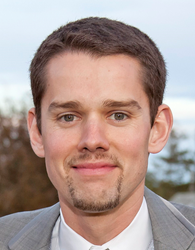 Michael Talmadge, of Acton, Mass., is a Certified Health Physicist with Dade Moeller.

Talmadge successfully passed Part II of the annual certification exam administered by the American Board of Health Physics in July 2014. The exam is known as one of the most difficult certification tests, and Part II can be taken only after an applicant has demonstrated at least six years of professional experience in health physics. To demonstrate the level of difficulty of the exam, of the 89 Part II examinees in 2014, 28 passed.

A Dade Moeller employee since 2009, Talmadge primarily supports the National Institute for Occupational Safety and Health Radiation Dose Reconstruction Project. In addition to his work for Dade Moeller, he is a medical radiation safety officer and an assistant clinical professor in radiology at Tufts University School of Medicine in Boston. He also is an active member of both the American Association of Physicists in Medicine and the Health Physics Society, for which he serves on the Board of Directors of the New England Chapter.

About Dade Moeller: Headquartered in Richland since its founding in 1994, Dade Moeller is a nationally recognized firm providing a full range of professional and technical services to federal, state, and commercial clients in support of safety, radiological, and environmental operations. The company specializes in radiation protection, industrial hygiene, environmental services, laboratory consulting, analytical services, and training.