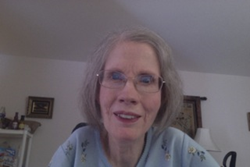 Diane Coleman, President/CEO, Not Dead Yet

A bill to legalize assisted suicide has been introduced in the NYS Assembly (A2129), and will be introduced Monday, Feb. 9 in the Senate by Brad Hoylman and Diane Savino, according to the assisted suicide advocacy group, Compassion and Choices. Not Dead Yet is a national disability group based in New York which opposes assisted suicide legislation, and the group’s leaders are available for interviews.

"Every major national disability organization that has taken a position on assisted suicide opposes legalizing it," says Diane Coleman, president of Not Dead Yet, a national disability group based in Rochester, New York. "This includes ADAPT, the National Council on Independent Living, the Disability Rights Education & Defense Fund (DREDF), among others."

As DREDF’s Marilyn Golden said, “If this bill passes, some people’s lives will be ended without their consent, through mistakes and abuse. No safeguards have ever been enacted or proposed that can prevent this outcome, which can never be undone.”

The NY proposal is based on the law that was passed by public referendum in Oregon. While proponents claim that Oregon is a successful experiment, the evidence indicates otherwise. “The Oregon assisted suicide reports show that the top five reasons doctors report for giving lethal prescriptions are related to disability, not terminal status,” said Coleman.

For opinion pieces from disability advocates published by CNN, the New Jersey Star Ledger, Counterpunch and other outlets, go to the op-ed links on the Not Dead Yet website.

The disability rights opposition to legalizing assisted suicide is an essential part of the discussion which should be included in coverage of the issue. Contact information for spokespersons available for interviews are listed below: