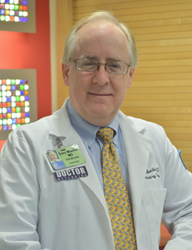 This is an exciting and hopeful time for patients with cystic fibrosis and their families.

Nicholas Thomas of Dayton takes 15 pills a day and spends 30 minutes each morning and night wearing a vibrating vest to loosen mucus in his lungs.

It’s five pills before each meal for Taylor Bush from St. Paris, just to help her digest her food as she struggles to gain weight and fight off lung infections.

For Adrianna Scott of Xenia, daily breathing treatments, multiple medications, and being cautious of any common cold are now just a part of her everyday routine.

That’s just the tip of the iceberg for what these teenagers struggling with cystic fibrosis (CF) have to go through every day. CF is a life-threatening, genetic disorder that mainly affects the lungs and digestive system. Sixty years ago, these bright, energetic kids might not have survived to attend elementary school.

However, thanks in part to research being done at Dayton Children’s Hospital, advances in CF treatments and therapies allow Nick, Adrianna, Taylor and the 30,000 children struggling with CF across the country to live longer, fuller lives. “Taylor has been in three different research studies,” says her mom, Kristina. “She knows it might eventually also help others with cystic fibrosis.”

A new grant from the Cystic Fibrosis Foundation will allow Dayton Children’s to expand those studies further, giving more children access to the latest developments in treatment. It will allow the hospital to hire an additional research coordinator, increase enrollment in studies and help uncover better ways of treating the disease.

This is the second research grant for Dayton Children’s from the Cystic Fibrosis Foundation, awarded based on how well the hospital met and surpassed goals in previous studies. With the first research grant, the Center has been able to conduct about 10 studies a year for the past five years.

Dayton Children’s Cystic Fibrosis Center sees approximately 165 patients a year. It is accredited by the Cystic Fibrosis Foundation, one of only 110 care centers nationwide. It also serves as part of the Therapeutics Development Network (TDN), which is the largest cystic fibrosis clinical trials network in the world. Through efficient study design, optimized clinical trial execution and high-quality data, the TDN helps speed the delivery of new and better therapies to people with cystic fibrosis.

The affiliation allows Dayton Children’s to be a champion for its patients. Since CF is a genetic disease, sometimes families have multiple children with the disorder. For example, Adrianna’s twin sisters were also diagnosed with CF shortly after they were born. When each child has to take a dozen or more pills a day, medication costs can quickly skyrocket. These studies allow families access to the latest medications at little or no cost. Research at Dayton Children’s has also helped uncover what genes are responsible for CF and help return children to a more normal lung function.

To lead this expanded era of research and discovery, Dayton Children’s just named Gary A. Mueller, MD, as the medical director of the Cystic Fibrosis Center. “Dr. Mueller has a wealth of knowledge to share and is very well-respected in the CF community for the care he delivers,” says Robert Cohn, MD, MBA, medical director of pulmonology.

Dr. Mueller has been a pediatric pulmonary specialist at Dayton Children’s for 23 years, helping CF and asthma patients breathe easier. He was named on the list of Best Doctors of America three years in a row. He is also an associate professor of pediatrics at Wright State University Boonshoft School of Medicine. He earned his medical degree at the University of Michigan and completed a fellowship in pediatric pulmonary medicine at James Whitcomb Riley Hospital for Children in Indianapolis.

“This is an exciting and hopeful time for patients with cystic fibrosis and their families,” says Gary Mueller, MD, director of the Cystic Fibrosis Center. “New therapies directed at the actual genetic defect causing cystic fibrosis have become available in the past few years, and more are in the pipeline. Clinical care at accredited Cystic Fibrosis Foundation treatment centers and research through the Therapeutics Development Network have been critical to improving the lives of people who have cystic fibrosis. I am proud to be a part of such an exciting organization.”

About Dayton Children’s
One of only 45 independent freestanding children’s hospitals in the country, Dayton Children’s is the region’s only medical facility dedicated to children. Accredited by The Joint Commission and serving 20 Ohio counties and eastern Indiana, the experts at Dayton Children’s care for more than 290,000 children each year. Consistently recognized as one of the country’s best and most cost-effective pediatric hospitals, Dayton Children’s is home to the Wright State University Boonshoft School of Medicine, Department of Pediatrics and together with the United States Air Force shares the nation’s only civilian-military integrated pe-diatric training program. For more children’s health and safety information, visit our web site at http://www.childrensdayton.org.