Reality Crowd TV has created an entrepreneurial ecosystem designed for early stage start-ups to go from inception to successful funding in 6 months or less. 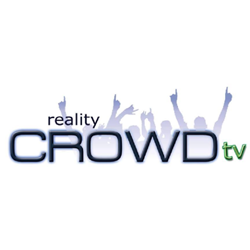 One company that is leading the charge in this new revolution is Reality Crowd TV (RCTV). RCTV is an entrepreneurial focused firm that promotes the booming crowdfunding industry. The Company’s main focus will be to demonstrate how aspiring entrepreneurs can transform their kitchen table ideas in everywhere, USA, into the boardroom of tomorrow by using the crowdfunding model. RCTV teaches people that crowdfunding is not only an effective funding mechanism but a powerful marketing vehicle that can create a valuable customer base before a concept even comes to market and prove validation for an idea right from its inception.

The company’s new virtual incubator is a Quora (quora.com) like platform designed for its users to draw upon the collective knowledge of the incubator members to help entrepreneurs learn all the nuances of launching a start-up company. The platform is set up like a social media site with all the functions needed to effectively communicate with all groups and members. The Platform launched earlier this month with over 500 members and growing every day.

Founded in December of 2013, Reality Crowd TV engaged in a nationwide tour across the United States which included stops to Connecticut, New York, Boston, Washington D.C., Atlanta, Jacksonville, Austin, Houston, Denver, and Seattle in an effort to promote the nascent crowdfunding ecosystem and the many participants in it. Many of these stops were captured on video and can be found on the company YouTube channel.

Upon returning back to Connecticut in April 2014, the company had its first major breakthrough by adding a crowdfunding & digital media consultancy practice as part of the package to help entrepreneurs and their startups raise capital. Since April, the company has consulted 10 successful crowdfunding campaigns in varying capacities raising an aggregate of $825,000. Details of these successes can be seen in the Connecticut Innovation Summit Pitch Presentation.

The company has several more new projects in the works to be rolled out later this year, including their Reality Crowd TV Virtual Crowdfunding Summit to be hosted in November and December 2015. Many of the leading minds in crowdfunding and business are scheduled to speak at the summit later this year.