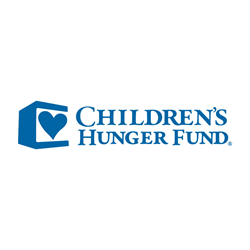 “We are so grateful to our supporters, corporate donors, churches, and volunteers who enabled us to distribute such an extraordinary amount of meals to children in crisis," says Dave Phillips, President and Founder of Children's Hunger Fund.

“We are so grateful to our supporters, corporate donors, churches, and volunteers who enabled us to distribute such an extraordinary amount of meals to children in crisis. We are humbled by their generosity and sacrifice,” says Dave Phillips, President and Founder of Children’s Hunger Fund.

Children’s Hunger Fund uses a unique method of distribution to get the food and other aid to hurting families. The Food Pak box contains about 20 pounds of non-perishable food, which will create about 48 meals for a family. This food is packed by volunteers (over 25,000 in 2014) who serve at Children’s Hunger Fund’s Distribution Centers in Los Angeles, San Antonio, and Chicago. Food Pak boxes are then hand delivered to needy families by trained volunteers from churches within the families’ own communities, both in the U.S. and in cities around the world.

Children’s Hunger Fund calls the initiative ‘Think Inside the Box’ because food is not the only component found inside the box. Intangibles like hope, love and faith are the built-in components that lead to change lives.

“One aspect of ‘Think Inside the Box’ that I find compelling is that a meal can be sent for only 25 cents,” continues Dave Phillips. “This creates an easy opportunity for American kids and families to reach out and help hungry children. Just 1 dollar sends 4 meals ”

For almost 25 years, Children’s Hunger Fund has delivered over $1 billion in food and other aid to kids across America and around the world. This is done with a lifetime average of 99% efficiency because of corporate donors and willing volunteers.

More information and how to get involved is available at ChildrensHungerFund.org/THINK.

Children’s Hunger Fund was founded 24 years ago in Los Angeles to serve needy children. Since then, 99% of total contributions—over 1 billion dollars in food and other aid—has been distributed through programs serving more than 20 million children across America and 72 countries around the world. Over 25,000 volunteers are utilized each year to maximize their reach and impact while minimizing overhead. Children’s Hunger Fund strives to operate with total financial integrity and efficiency and is listed by CharityNavigator.org, MinistryWatch.org and Forbes.com as one of the most cost-effective charities in the nation. More info can be found at ChildrensHungerFund.org.