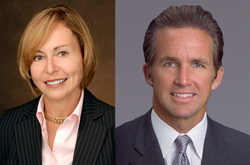 The positive outlook for North American industrial real estate continues, according to Cushman & Wakefield’s newly released 2015-2017 Industrial Real Estate Forecast. And the connections and interdependence among the economies of the United States, Canada and Mexico reflect in how closely their markets are trending, with key sectors like e-commerce, manufacturing, technology and energy fueling progress across the board.

UNITED STATES
Business has “gone on the offensive,” according to Cushman & Wakefield, leading to a surge in hiring. Job growth is poised to top three million in 2015, a sure sign that the economy is on the upswing and, with it, industrial real estate. “Trends in supply and demand are favorable across all major and secondary markets, with an overall decline in vacancy,” said Cushman & Wakefield’s John Morris, leader, Industrial Services for the Americas. “Shifting demand and service paradigms, market forces and global dynamics point to continuing growth in industrial real estate.”

And while development activity has been notably on the rise in secondary markets, activity in the primary markets has been even stronger, according to Cushman & Wakefield. That specifically holds true for California’s Inland Empire, Chicago, Dallas/Fort Worth, Houston and Central New Jersey.

Warehouse/Distribution
E-commerce is fueling new projects in major logistics hubs such as Dallas/Fort Worth, the Inland Empire, Chicago and Atlanta. Retailers are now utilizing distribution centers for fulfillment as well. And instead of fulfilling web orders from hundreds of miles away, retailers like Walmart, Best Buy and Gap are routing orders to nearby outlets. Online Business-to-Business (B2B) transactions are also on the rise—a 2014 Forrester Research study found that 89 percent of B2B providers have added e-commerce to their business, increasing annual revenue by a combined 55 percent.

And while trucks remain the primary shipping method, rail is rapidly emerging as an alternative. Markets with intermodal capabilities, notably Dallas/Fort Worth, Atlanta and Chicago are leading the way in rent growth, absorption and construction, and the trend is filtering down to such other markets as Indianapolis and Kansas City.

Overall, the warehouse sector has posted 19 consecutive quarters of declining vacancies, now standing at 6.7 percent nationally. Even with considerable new construction, the vacancy rate is projected to decrease to 6.3 percent in 2015.

Manufacturing
U.S. manufacturing activity is on the rise and expected to post steady increases. Less expensive energy at home and rising labor costs abroad have resulted in bringing manufacturing back home. As a result, 38.8 million square feet of manufacturing space was leased in 2014, and large build-to-suit projects are currently underway in Atlanta, Denver and Chicago. With manufacturers responding more quickly to local market demands, regional manufacturing will increasingly be seen as cost effective.

Flex Space
Driving new supply in 2014 – the highest level in six years – is technology. Notably, Silicon Valley out-performed other regions in space absorbed over the past three years and is expected to remain on top, accounting for 18 percent of national absorption in 2015-2017. Other top performers are Boston, driven by technology, pharmaceuticals and life sciences; Denver (energy and aerospace); and Dallas (energy and technology). The three are predicted to absorb a combined 4.8 million square feet in 2015-2017. Portland is among the markets expected to experience positive momentum in the near term, owing to tame supply pipelines and economic expansion.

CANADA
The country’s industrial market in 2014 was driven by increased U.S. demand for Canadian goods and a more competitive dollar. Energy has been a mixed bag, with lower oil prices spurring manufacturing activity in Ontario and Quebec, but forcing such oil-rich economies as Alberta, Newfoundland and Saskatchewan to recalibrate their economic outlooks.

By market, Toronto continues to see significant speculative development, notably big-box industrial. Greater Toronto saw 7.3 million square feet under construction at the end of Q3, with nearly five million of that on spec. Lower energy prices and record automobile sales have fueled demand for auto parts. Montreal, Canada’s second-largest industrial market, has benefitted strongly from increased demand supported by a lower dollar and lower oil prices. Additionally, the data center sector is growing there due to the region’s lower natural disaster risk and low electricity costs. Calgary, an oil-producing market, is seeing considerable speculative development, and a key driver has been logistics. And manufacturing is on the upswing in Vancouver, with U.S. demand helping increase exports by 8.3 percent year-over-year as of August 2014. But weaker Asia-Pacific demand for resources and an anticipated drop in non-gas capital spending could offset some of these gains.