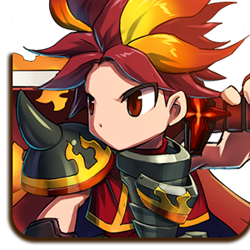 Brave Frontier, the hit Japanese mobile role-playing game published and operated worldwide by gumi Inc., is newly-optimized for Android* tablets powered by Intel® Atom™ processors. Now, an even larger gaming community worldwide has access to the thrilling action of this remarkable hit game.

In a timeless battle of good and evil, players enter the realm of Grand Gaia where they must assemble squads of heroic characters to defeat the fallen god Maxwell. Players can collect over 600 unique monsters and heroes to join forces with in over 100 missions, advancing through challenging dungeons with their special skills.

About gumi, Inc.
gumi, Inc. (Tokyo Stock Exchange: 3903) is one of the top mobile game developers in Japan and has published titles worldwide, such as popular Japanese RPG Brave Frontier, on various platforms. gumi aims to change the world through innovative entertainment products and services, including both original content and collaborations with popular IPs. Headquartered in Tokyo, Japan, the company has been growing its presence globally since 2012, with overseas operations in Asia in China, Korea and Singapore and Taiwan, and in Western countries in Canada, France, Germany, Sweden and the U.S. For more information, please visit http://gu3.co.jp/.

Intel, the Intel logo and Intel Inside are trademarks of Intel Corporation in the U.S. and/or other countries.
*Other names and brands may be claimed as the property of others.
Copyright © 2014 Intel Corporation. All rights reserved.