Prevoty Announces $8m Series A Funding Round, Led by USVP 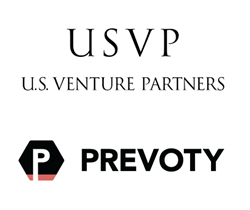 “Prevoty represents a new security paradigm for application level protection," said Steve Krausz, General Partner, US. In a market often known for mega-hype, Prevoty’s customers are incredibly vocal about how the team and the technology actually deliver."

The growth of highly dynamic, distributed and connected applications has made applications the number one attack vector for hackers. With new applications being developed and deployed more rapidly than ever, the application security challenge for Global 2000 enterprises is tough and getting tougher.

“Existing approaches to application security have proven to have limited efficacy,” said Dafina Toncheva, Partner at USVP. “Perimeter based approaches fail because the concept of a perimeter is now anachronistic and static and dynamic scanning tools offer vulnerability management, not application protection. Prevoty’s unique technology leverages an in-depth understanding of application logic, event and data flow, allowing applications in production to be monitored and protected with high degree of granularity, precision and accuracy.”

Prevoty’s patent pending technology enables applications to call a security engine that analyzes inputs, database queries and tokens in real-time without any dependency on patterns, definitions or signatures. If anything is found to be malicious, alerts are issued and the attack is neutralized. Enterprises can quickly and easily instrument their applications to take advantage of this protection without any requirement to change the application source code.

“Prevoty represents a new security paradigm for application level protection,” said Steve Krausz, General Partner at USVP. “In a market often known for mega-hype, Prevoty’s customers are incredibly vocal about how the team and the technology actually deliver on the protection they promise.”

To date, Prevoty has secured major Fortune 1000 clients in the financial services, media, eCommerce and education markets, and its service has actively prevented millions of attacks in the last year.

“It’s simply impossible for enterprise security and development teams to keep up with the number of vulnerabilities found in legacy and current applications,” said Julien Bellanger, co-founder and CEO of Prevoty. “Our platform enables enterprises to secure their applications at scale while still focusing their resources on delivering value to customers.”

Prevoty CEO, Julien Bellanger, will be presenting today at the Montgomery Summit, a two-day conference held in Santa Monica, CA, designed to bring investors and leading executives from private growth tech companies together.

USVP is a leading venture capital partnership, helping entrepreneurs transform their ideas and efforts into world-changing companies. The firm focuses on early-stage ventures in information technology and health care, where innovation is unbridled and has led to the creation of economic wealth and millions of jobs over the past thirty-plus years of the firm's existence. Areas of particular interest to our investment professionals include enterprise software, IT security, consumer internet, mobile, and e-commerce, healthcare, and IT-enabled healthcare services. The USVP team consists of former entrepreneurs, technologists, corporate executives, financial professionals and industry domain experts.

Prevoty was founded in 2013 and is headquartered in Los Angeles, California. For more information on the company's application security solutions, go to https://www.prevoty.com or follow Prevoty on Twitter at https://www.twitter.com/prevoty.