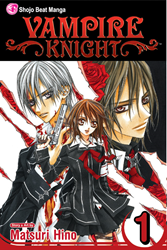 ComiXology is widely enjoyed by many avid comic and manga readers, and the addition of this substantial library of Hakusensha titles will give fans an even larger array of content to enjoy with all the flexibility and ease of use the digital format offers

VIZ Media, LLC (VIZ Media), the largest publisher, distributor and licensor of manga and anime in North America, and comiXology have announced the latest substantial addition of new VIZ Media manga titles to the revolutionary cloud-based digital comics platform. More than 385 volumes are available now on comiXology.com and on the comiXology app for Kindle Fire tablets, iPad, iPhone, Android and Windows 8-based devices.

The new VIZ Media titles featured in this update are all published in Japan by Hakusensha, Inc., one of Japan’s most prominent publishing companies and renowned for offering a wide array of award-winning shojo manga series in addition to other genres. This latest comiXology content update expands the VIZ Media manga catalog on the platform to more than 1,500 volumes across more than 220 different series. Readers can enjoy all of these acclaimed releases using comiXology’s Manga Fixed Format, which enables a dedicated right-to-left full-page reading experience and the highest page resolution currently available.

“ComiXology is a service that is widely enjoyed by many avid comic and manga readers, and the addition of this substantial library of Hakusensha titles will give these fans an even larger array of content to enjoy with all the flexibility and ease of use the digital format offers,” says Eric Eberhardt, VIZ Media’s Director of Digital Marketing. “We look forward to continuing our relationship with the comiXology platform, and invite readers to enjoy the massive selection of VIZ Media manga content that is now available!”

LIBRARY WARS: LOVE & WAR Vols. 1-12 • Rated ‘T’ for Teens •
Complete Series
In the near future, the federal government creates a committee to rid society of books it deems unsuitable. The libraries vow to protect their collections, and with the help of local governments, form a military group to defend themselves – the Library Forces!

SKIP BEAT! Vols. 1-33 • Rated ‘T’ for Teens • Continuing Series
Kyoko Mogami followed her true love Sho to Tokyo to support him while he made it big as an idol. But he's casting her out now that he's famous! Kyoko won't suffer in silence--she's going to get her sweet revenge by beating Sho in show biz!

PLEASE SAVE MY EARTH Vols. 1-21 • Rated ‘T+’ for Older Teens •
Complete Series
Are the woes of the present meant to be endured for the promise of a better future or to atone for past wrongs? In a captivating epic of love, fate and faith, seven young people must struggle with this spiritual puzzle as their alien past lives threaten the future.

OTOMEN Vols. 1-18 • Rated ‘T’ for Teens • Complete Series
Asuka Masamune is a guy who loves girly things – sewing, knitting, making cute stuffed animals and reading shojo comics. But in a world where boys are expected to act manly, Asuka must hide his beloved hobbies and play the part of a masculine jock instead. Can Asuka ever show his true self to anyone, much less to Ryo Miyakozuka, the girl that he's falling for?

OURAN HIGH SCHOOL HOST CLUB Vols. 1-18 • Rated ‘T’ for Teens • Complete Series
In this screwball romantic comedy, Haruhi, a poor girl at a rich kids' school, is forced to repay an $80,000 debt by working for the school's swankiest, all-male club – as a boy! There, she discovers just how wealthy the six members are and how different the rich are from everybody else...

VAMPIRE KNIGHT Vols. 1-19 • Rated ‘T+’ for Older Teens • Complete Series
Cross Academy is attended by two groups of students: the Day Class and the Night Class. At twilight, when the students of the Day Class return to their dorm, they cross paths with the Night Class on their way to school. Yuki Cross and Zero Kiryu are the Guardians of the school, protecting the Day Class from the Academy's dark secret: the Night Class is full of vampires!