Jeff Martin joins the American Anthropological Association as the new director of Communications an Public Affairs. 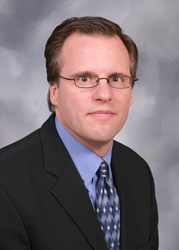 “Jeff Martin brings a wealth of public relations experience to the table,” said AAA Executive Director Ed Liebow. “The knowledge he has gained working for the non-profit, private, and government sectors as well as community-based groups give him a distinct perspective on the nuances of communicating across our broad spectrum of diverse members and sister organizations. His extensive travel and cross-cultural skills acquired living overseas, from the South Pacific to the Caribbean, will also add a great deal of value to our organization and anthropology as we face global challenges that require collaborative solutions.”

Before joining AAA, Martin has served in public relations capacities for the Council on Foundations, The Nature Conservancy, and Peace Corps. He has also worked with international firms including Bozell, Kenyon & Eckhardt, and Edelman Public Relations Worldwide.

A graduate from Arizona State University, he worked as a journalist before going into public affairs and has won awards from the Public Relations Society of America and the New Jersey Press Association. He also has had articles featured in several publications, including Travel & Leisure, Cineaste, American Cowboy, and the Denver Post.

-- AAA --
The American Anthropological Association, dedicated to advancing human understanding and addressing the world's most pressing problems since its founding in 1902, is the world's largest professional anthropology organization.