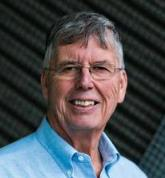 The ACM Turing Award, widely considered the “Nobel Prize of Computing,” carries a $1 million prize with financial support provided by Google, Inc. It is named for Alan M. Turing, the British mathematician who articulated the mathematical foundation and limits of computing.

“Michael Stonebraker’s work is an integral part of how business gets done today,” said ACM President Alexander L. Wolf. “Moreover, through practical application of his innovative database management technologies and numerous business start-ups, he has continually demonstrated the role of the research university in driving economic development.”

“The efficient and effective management of Big Data is crucial to our 21st century global economy,” said Google Senior Vice President of Knowledge Alan Eustace. “Michael Stonebraker invented many of the architectures and strategies that are the foundation of virtually all modern database systems.”

Database systems are among the most commercially successful software systems and are an essential part of the infrastructure of our global economy today. They are indispensable to business management, transaction processing, data analysis and electronic commerce, to name a few. Stonebraker is responsible for much of the software foundation of modern database systems and originated many of the key concepts of data management used in nearly all database systems today.

Stonebraker developed Ingres, proving the viability of the relational database theory. Ingres was one of the first two relational database systems (the other was IBM System R). With Ingres, Stonebraker made major contributions including query language design, query processing techniques, access methods, and concurrency control, and showed that query rewrite techniques (query modification) could be used to implement relational views and access control.

Stonebraker set the course for the design of scalable data systems as an early advocate for the adoption of the shared nothing database architecture. This approach is widely viewed as the only way to achieve and maintain scale, and is employed by nearly every major database vendor and “big data” solution today.

More recently, Stonebraker has been an advocate of the “no size fits all” approach to database systems architecture and has developed database architectures for specialized purposes. He pioneered real-time processing over streaming data sources (Aurora/StreamBase). His work on column-oriented storage architecture resulted in systems optimized for complex queries (C-Store/Vertica). He developed a high throughput, distributed main-memory online transaction processing system (H-Store/VoltDB). Stonebraker has also developed an extreme-scale data management and data analysis system for science (SciDB).

Background
Michael Stonebraker is adjunct professor at the Massachusetts Institute of Technology Computer Science and Artificial Intelligence Laboratory (MIT CSAIL) where he is also co-founder and co-director of the Intel Science and Technology Center for Big Data. Prior to MIT, Stonebraker was professor of computer science at the University of California at Berkeley for 29 years. A graduate of Princeton University, Stonebraker earned his master's degree and his Ph.D. from the University of Michigan.

Stonebraker received the Software System award with Gerald Held and Eugene Wong for the development of Ingres (IBM’s System R was also recognized). He was the recipient of the inaugural SIGMOD Edgar F. Codd Innovations Award, and received the IEEE John von Neumann Medal. Stonebraker is an ACM Fellow and a member of the U.S. National Academy of Engineering.

ACM will present the 2014 A.M. Turing Award at its annual Awards Banquet on June 20 in San Francisco, Calif.

About the ACM A.M. Turing Award
The A.M. Turing Award http://amturing.acm.org/ was named for Alan M. Turing, the British mathematician who articulated the mathematical foundation and limits of computing, and who was a key contributor to the Allied cryptanalysis of the German Enigma cipher and the German “Tunny” encoding machine in World War II. Since its inception in 1966, the Turing Award has honored the computer scientists and engineers who created the systems and underlying theoretical foundations that have propelled the information technology industry.

About ACM
ACM, the Association for Computing Machinery http://www.acm.org, is the world’s largest educational and scientific computing society, uniting computing educators, researchers and professionals to inspire dialogue, share resources and address the field’s challenges. ACM strengthens the computing profession’s collective voice through strong leadership, promotion of the highest standards, and recognition of technical excellence. ACM supports the professional growth of its members by providing opportunities for life-long learning, career development, and professional networking.