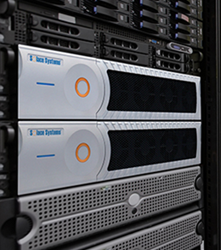 it’s important that we support the APIs our customers need to integrate standards-based applications so they can be agile enough to compete in today’s marketplace.

“Companies are using a wide range of technologies and tools to deal with the explosive volume of information created or consumed by people, systems and devices,” said Solace CTO Shawn McAllister. “As the key enabler of reliably moving this information at scale, it’s important that we support the APIs our customers need to integrate standards-based applications so they can be agile enough to compete in today’s marketplace.”

REST: The Solace REST Interface lets applications send and receive messages using standard HTTP methods. This lets REST clients send messages to and receive messages from any other application connected to Solace, even those connected via some other protocol like JMS, MQTT or an open source ESB like MuleSoft. The API supports acknowledgements of receipt and efficient request/reply interactions.

JCA: The new Solace JCA adapter enables companies to integrate Solace messaging functionality with other frameworks (such as IBM WebSphere and RedHat JBoss) using Java Connector Architecture. Solace’s JCA adapter handles integration within the container layer so companies can use it to migrate applications from other JMS brokers to Solace without changing any code, which reduces the cost and risk associated with migrating.

SolOS 7.1 is generally available to Solace customers now, and supported on all products.