As international policy is discussed at the World Water Forum being held in Korea, Giorgio Armani and Green Cross International are pursuing their fifth successive year of partnership in support of communities living in water poverty. 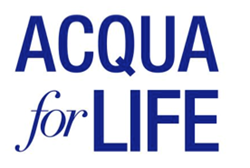 As international policy is discussed at the World Water Forum being held in Korea, Giorgio Armani and Green Cross International are pursuing their fifth successive year of partnership in support of communities living in water poverty.

In 2015 they will sponsor new developments in Ghana, Ivory Coast, Senegal, China, Bolivia, Mexico – and for the first time – Argentina.

These will join some 80 communities around the world already benefiting from clean water thanks to existing Acqua for Life projects.

On 25 March, Acqua for Life was awarded the Prix d’Excellence de la Beauté 2015 by Marie Claire Mexico and Latin America as the Social Responsibility Project of the Year.

ACQUA FOR LIFE 2015
The first Acqua for Life initiative in Argentina will focus on the Chubut Province of Patagonia, a region stricken with poverty and a harsh climate.

A 300-metre-deep water well will be built in a community near Gastre to secure the local water supply and irrigate a greenhouse facility growing fruits and vegetables all year round. The lack of affordable fruits and vegetables has been a leading cause of nutritional disorders in the region. This transformative investment would be impossible without support from the Acqua for Life campaign.

Create awareness with #1DayOn10Liters Challenge
To help spread the word about the preciousness of clean, safe water, Acqua for Life 2015 is challenging key bloggers and media and online personalities in different countries – from the worlds of beauty, fashion and beyond – to try to live on just 10 liters of water for one full day.

In most countries, people use an average of 100 liters of water every day – but in some parts of the world having just 10 liters is a luxury. This challenge will see a number of prominent people document their experience and educate their followers online about water poverty and the importance of having reliable access to clean water.

Giorgio Armani is convinced that access to clean water is a human right. Lack of water not only puts people’s lives at risk, but also severely limits their access to education and development. Giorgio Armani has committed the strength of his brand and of his two fragrances associated with water, Acqua di Gio and Acqua di Gioia, to helping spread the word about the need to take action on a global scale to tackle this issue. The Acqua for Life initiative raises awareness of the preciousness of water, and of the need to help hundreds of millions of people who lack safe drinking water.

AFRICA
Acqua for Life was expanded to Ivory Coast in 2014. Ghana has benefitted most from the initiative so far, with 90 water supply systems built in over 30 communities since 2011. But much still remains to be done in that West African country as barely half of the population living in rural Ghana enjoys access to water.

In 2015, projects will be targeted at communities in one of the frontier areas between Ghana and Ivory Coast. As in previous years, water supply systems will be built for the communities. But projects will also include awareness-raising among fishermen and workers in small mines of the widespread bad practices that endanger ecosystems and water safety for the entire population that relies on the Bia River.

Acqua for Life and Green Cross will also support Senegalese communities again in 2015. This year, four schools and about 4,000 pupils living in rural neighbourhoods of the city of Thiès will see their schooling environment greatly improved with secure access to water for drinking and washing. Gender-specific latrines will be constructed. Green Cross and Giorgio Armani hope to drastically transform these children’s daily lives, health and opportunities through these new facilities and a strong focus on girls’ needs.

CHINA
Acqua for Life will be brought to Yunnan, China, once again in 2015, helping the village of Taihe near China’s boarder with Vietnam. Only 30 per cent of Taihe’s 2,200 inhabitants were benefitting from a piped water system before even this was severely damaged and stopped working. A third of the villagers live below the poverty line, some in extreme poverty. Acqua for Life will facilitate the repair of the water network and its expansion to all households in need of clean water access, and foster ownership and sustainability of the new infrastructure through the setting up of a Village Water Management Committee.

LATIN AMERICA
Acqua for Life projects started in the Cordillera Province of southwest Bolivia in 2012, and have already helped more than 30 communities with over 50 water supply systems. In 2015, Acqua for Life commitments will again be made to the people of Charagua (the township encompassing these remote villages). Water pumps and rainwater harvesting systems will be built in nine additional communities to supply households with more water.

For the third consecutive year, Acqua for Life initiatives will also be carried out in Mexico. Previous projects included the promotion of improved water quality and quantity at ten schools in under-privileged communities of the state of Morelos. Children and parents were invited to participate in educational workshops, where they learnt about water contamination, how to avoid water-borne diseases and how to purify water in their homes.

In 2015, four schools in two townships of the state of Morelos will benefit from similar activities and improvements, aiming to address these communities’ water shortages and change the fact that underprivileged communities pay a higher price for their water than others.

About Green Cross International
GCI is an independent non-profit and nongovernmental organisation founded in 1993 by Nobel Peace Laureate Mikhail Gorbachev. It addresses the inter-connected global challenges of security, poverty and environmental degradation through global advocacy and local projects. GCI is headquartered in Geneva, Switzerland, and has a network of national organisations in 27 countries.

About its Water for Life and Peace program
GCI’s Water for Life and Peace program works to improve global water governance and promotes a rights-based approach to the sustainable and equitable use of freshwater resources. GCI uses advocacy, education and practical projects around the world to improve people’s access to water and sanitation. The Smart Water for Green Schools (SWGS) project, supported by Acqua for Life, is GCI’s flagship on-the-ground activity. It provides sustainable access to safe drinking water and sanitation to tens of thousands of people in Asia, Africa, Latin America and Europe.