Ticket Down announces that they have cut ticket prices across the board for The Rolling Stones concert at the Florida Citrus Bowl in Orlando, Florida on Friday, 6/12/15. This trusted ticket site is also offering their customer appreciation promo/coupon code THE-STONES-2015 for added savings on Stones tickets in Orlando. 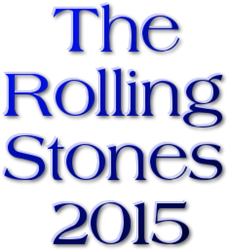 Ticket Down is a reputable source for authentic tickets for The Rolling Stones at the Florida Citrus Bow l in Orlando, Florida. This legendary band recently announced their North American tour dates for their 2015 “Zip Code Tour.”

In the music business, few groups can say that they are still as popular 50 years later as they were as young musicians as The Rolling Stones. The group celebrated their fifth decade in the music business two years ago when they last toured across North America. They followed up their 2013 tour with a trek across Europe, Asia, and Oceania last year and will now return to the United States and Canada for 15 stadium shows beginning on May 24th in San Diego, CA at Petco Park and ending with a show at Le Festival D'Été de Québec at Plains of Abraham in Quebec, Quebec City on July 15. In between, one of the stops they will make will come in Orlando, FL on Friday, June 12th when they invade the Orlando Citrus Bowl Stadium.

The Rolling Stones are not only popular rock and roll artists, they are considered rock and roll royalty by many. Their willingness to always go the extra mile to ensure their fans enjoy their shows and enjoy their music is something that they will always be known for. In their career, The Rolling Stones have released nearly 70 albums and more than 100 singles and have totaled more than 250 million records sold. That total makes them one of the best selling artists of all time and allows them the chance to pick and choose what songs make their set list for the show at the Citrus Bowl Stadium.

For years, the name The Rolling Stones has been synonymous with the music business. Throughout the always-changing music business, they have found a way to remain in the spotlight, even without having released a studio album since 2005. That album, A Bigger Bang, also had a tour attached to it, which at that time had become the highest grossing tour of all time. That record has since dropped, but the group still has four of the top 20 grossing tours of all time.

The Orlando Citrus Bowl Stadium is one of the most popular sports venues in the United States and has been the home of numerous major events since it first opened in 1936. With the exception of a few years in the 1970s, the venue has been home to the Citrus Bowl, a college football bowl game. It is also the home of the Russell Athletic Bowl and Florida Classic, also NCAA games. It is also the home of the Major League Soccer Orlando City FC franchise and in 2008, was the home of WrestleMania XXIV from World Wrestling Entertainment.

The Orlando Citrus Bowl Stadium hasn’t only been used for sporting events. It has been used by some of the biggest names in the music business over the years for concerts including performances by Aerosmith, Ted Nugent, The Who, Joan Jett & The Blackhearts, The B-52’s, Metallica, Guns N’ Roses, Paul McCartney, and in 1981, was the home of a concert with Van Halen and The Rolling Stones.

Ticket Down delivers tickets to sold out concerts and events worldwide when no one else can, and they do so at discounted prices. This popular ticket exchange also has authentic tickets for The Rolling Stones at the Florida Citrus Bowl in Orlando. Concertgoers can select from field seats, box seats, club seats, upper level, lower level, sections 100 and 200 seating, parking passes and more.

Check out our discount codes online for all upcoming events. Ticket Down has low overheads which allow this well-known ticket site to keep prices competitive.