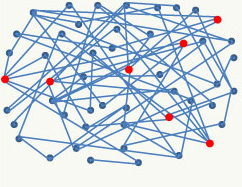 We Know Who Is Logged On and Where They Are

The Desktop Alert reverse lookup CDNS feature eliminates the ‘unknown recipient’ list that other alert systems provide via the shotgun method and insures the alert is sent only to the intended recipients, Gary Burgner Desktop Alert Inc.

“If an alert was sent to a particular building, a specific floor in the building or even a specific department in the building, the publisher of the alert could instantly notify all or just some of the logged in users. Because our system knows who is logged in, those users may also be targeted using sms, mobile apps, email, phone and other approved end-points. When lives are at stake, second’s count. With our alert targeting technology, a school could send an alert to a single classroom or even select students or teachers in that classroom.” said Howard Ryan, CEO Desktop Alert Inc.

Key to the Desktop Alert reverse lookup CDNS system is the ability to conduct a 'whose-online' recipient review list real-time prior to the sending of a notification based on Active Directory, ip-ranges and Desktop Alert keyword technology. As such the recipient list may be ‘pruned’ prior to the alert being sent. Desktop Alert notification publishers know real-time exactly who is logged into the Desktop Alert system at all locations. The Desktop Alert keyword system augments and combines Active Directory and ip-based range alert targeting capabilities by allowing all alerting publishers the ability to see who is online based on keywords such as: Head Nurse, Soldier Rank and any other keywords assigned to individuals with a keyword opt-in system. Users targeted with the same alert via multiple overlapping targeting mechanisms are only sent the alert once.

“Oftentimes our customers use the Desktop Alert reverse lookup CDNS feature to determine who is in a building or on a particular floor or department within a building without necessarily needing to send out a notification. It is a veritable real-time “whose-there-now” inventory tool that produces powerful real-time actionable intelligence.” said Gary Burgner, VP Quality Assurance Engineer, Desktop Alert Inc.

“User logins roam across networks all the time. With our alert systems unique reverse lookup CDNS all users are tracked real-time. The alert publisher knows real-time who to send the alert to as well as who not to send the alert to. Our notification platform eliminates the ip-based ‘shotgun’ alerting approach which while better than nothing, can often times be responsible for the publication of sensitive or unintended information to the wrong recipients. The Desktop Alert reverse lookup CDNS feature eliminates the ‘unknown recipient’ list that other alert systems provide via the shotgun method and insures the alert is sent only to the intended recipients.” added Burgner.