The Federal Savings Bank shares news and informs readers about the latest moves in mortgage rates. 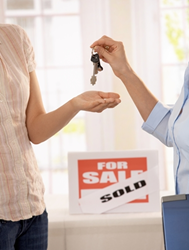 Average 15-year fixed-rate mortgages were also lower not only compared to the previous week but also the same period in 2014.

The Federal Savings Bank, a veteran owned lender was intrigued that mortgage rates fell for the week ending on April 9th while mortgage applications are on track for growth in the beginning of the spring home buying season.

"Although the March employment report showed a smaller net gain in jobs, job openings are up, wages are beginning to increase more robustly, and mortgage rates remain low, all of which contribute to stronger housing markets," Fisher said in a statement.

With mortgage rates still low, home buyers may feel compelled to enter the housing market. The combination of increased mortgage affordability from the low rates, as well as the anticipation of higher interest in the future, could give home buyers the incentive to buy a new or existing home.

"The US economy added 126,000 new jobs in March, well below market expectations of 247,000 jobs," Kiefer said. "We did see some uptick in wages, as average hourly earnings increased 7 cents for the month, and are up 2.1 percent over the year."

Greater wage growth could also increase the housing market's recovery, as buyers will be more likely to afford homes in the face of rising home prices.

Home buyers looking to lock in a low rate mortgage can contact the Federal Savings Bank, a veteran owned bank, to learn more about mortgages