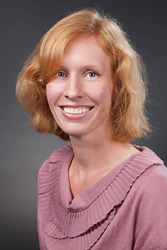 “Many young, uninsured patients are not diagnosed until their cancer has already metastasized. They also are less likely to receive adequate treatment,” Dr. Keegan said.

Over the past forty years, thyroid cancer has ranked consistently among the top three cancers affecting adolescents and young adults. Prognosis is generally excellent, but some young thyroid cancer patients are at higher risk of mortality due to place of residence, racial/ethnic background, insurance status, and factors such as age and gender, according to researchers at the Cancer Prevention Institute of California (CPIC).

Men fare worse than women. In fact, adolescent and young adult males with thyroid cancer are two and one-half times more likely to die from their disease than female patients in the same age group.

The disparities were even more striking when the researchers considered racial/ethnic background of the young men and women. African Americans and Hispanics were six times and three times more likely, respectively, to die from thyroid cancer than Whites.

Age made a difference too. Younger patients – those diagnosed between the ages of 15 and 29 -- fared better than those who were over 30 at time of diagnosis. Patients between the ages of 35 and 39 experienced higher mortality, even if their cancer was caught early.

“The findings suggest that barriers to obtaining high-quality treatment and follow-up care may contribute to poor outcomes for adolescent and young adult thyroid cancer patients of low socioeconomic status, as well as young men who live in non-metropolitan areas,” said Theresa Keegan, Ph.D., a research scientist at CPIC and lead author of the study. “Such barriers may include lack of health insurance, financial burden of cancer treatment and care, and lengthy travel time to health care facilities.”

“Young men also are less likely to receive routine health care, whereas the adolescent and young adult women may see their physicians more frequently during their reproductive years, regardless of socioeconomic status,” Dr. Keegan noted.

In more recently diagnosed patients who had information on health insurance, those with public insurance or no medical insurance were more likely to die of their disease or other non-cancer causes, the researchers reported. Insurance status has been found to be an important factor influencing stage at diagnosis, treatment and outcome.

“Many young, uninsured patients are not diagnosed until their cancer has already metastasized. They also are less likely to receive adequate treatment,” Dr. Keegan said.

Thyroid cancer patients are at risk for developing several types of subsequent primary cancers, including stomach, colon, breast, kidney and others. While the risk is the same for men and women, adolescent and young adult women were more likely to die from a subsequent cancer. This finding may indicate a predisposition to cancer and should be further explored, the researchers noted.

Thyroid cancer has been on the rise in the population as a whole for the past 30 years, with a particularly dramatic increase in incidence since 2001.

The study, “Socio-demographic disparities in differentiated thyroid cancer survival among adolescents and young adults in California,” has been published in the online edition of the journal Thyroid. In addition to Dr. Keegan, authors include CPIC researchers Li Tao, Ph.D. and Pamela Horn-Ross, Ph.D. (recently retired); Raymon H. Grogan, M.D., Michael G. White, M.D. and Kenan Onel, M.D. of the University of Chicago; and Helen M. Parsons, Ph.D. of the University of Texas Health Science Center at San Antonio.